One Northeastern state is nearing approval of legislation that addresses concerns about snow and ice removal from atop cars and trucks.

Supporters say a snow and ice removal rule makes enforcement easier. Others say it creates a significant deterrent for not cleaning off a vehicle following a snow or ice storm.

Critics acknowledge there are safety concerns with a snow and ice removal mandate, but they question the practicality of rules that require drivers to clear their vehicles.

In Delaware, the House Transportation/Land Use and Infrastructure Committee agreed to advance a bill to set fines of $25 to $75 for failure to remove snow or ice. Incidents that cause property damage or physical injury would result in penalties of $200 and $1,000 for motorists. Truck drivers would face fines of $500 to $1,500.

SB58 would limit citations to affected vehicles to one per 24-hour period. Drivers would be exempt for accumulations while the vehicle is in operation.

The bill’s next stop is the House floor. If approved there without changes, SB58 would move to the governor’s desk. Senate lawmakers already approved it by unanimous consent.

In neighboring Pennsylvania, state law already allows police to ticket car and truck drivers for fines of $200 to $1,000 if the wintry precipitation causes serious injury or death and snow and ice were not cleared.

One bill in the Senate Transportation Committee is intended to be proactive on the issue of snow and ice removal from vehicles. The Senate voted unanimously one year ago to advance the effort. House lawmakers, however, did not take the issue up for discussion.

Sen. Lisa Boscola, D-Northampton, reintroduced the bill to authorize law enforcement to issue tickets solely for failure to clear their vehicles of snow and ice.

In prepared remarks, she describes her bill as a “common-sense proposal to protect motorists and their passengers from the dangers of flying snow and ice missiles.”

Boscola has added that SB114 is about raising awareness for a potentially hazardous issue. She said that police would not be required to issue tickets.

Offenders would face a maximum fine of $1,500 if the wintry precipitation causes serious injury or death. The bill would include an additional protection allowing police to ticket drivers for fines of $25 to $75 for failure to clear snow or ice before they take to the roads.

As written, truck operators would be excused if they are on their way to a facility to remove accumulated snow or ice. In addition, violations would not be issued if compliance would cause the trucker to violate any federal or state law or regulation regarding workplace safety, or if it would be a health or safety threat.

The Owner-Operator Independent Drivers Association is opposed to rules that permit police to pull over drivers whose vehicles were not cleared of snow or ice. They point out that facilities are not readily available in states to accommodate snow and ice removal mandates on trucks. Another problem is the practicality of requiring people to climb atop large vehicles, and doing it in less-than desirable conditions.

“The accumulation of snow and ice on any vehicle has the potential to negatively impact highway safety,” said OOIDA Manager of Government Affairs Mike Matousek. “However, when it comes to commercial motor vehicles, there’s really no practical or safe way of removing it from the top of a trailer, especially during winter weather conditions.”

He points out that in many cases it might also violate occupational safety laws.

“So it’s a problem with no realistic or meaningful solution, and imposing significant fines on truckers will do nothing to address the underlying issue.” 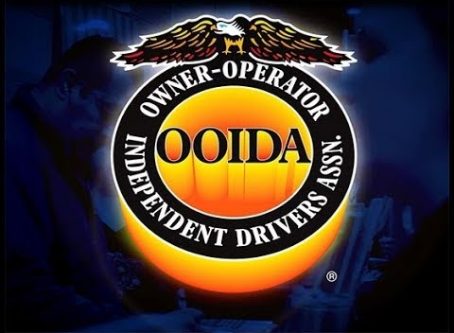