As Maryland is exploring plans to widen sections of Interstate 495, Interstate 270 and Baltimore-Washington Parkway (MD 295), some Washington, D.C., lawmakers are trying to get the state to reconsider.

On April 23, D.C. Councilwoman Brianne K. Nadeau introduced a resolution that opposes Maryland Gov. Larry Hogan’s plan to toll three major highways that also run in the nation’s capital. Part of Hogan’s Traffic Relief Plan that was announced in September 2017 call for a private-public partnership program to relieve congestion on I-495 and I-270 – i.e., tolls.

The proposed resolution titled “Sense of the Council Opposing Maryland Highway Widening in Favor of Alternatives Resolution 2019” is quick to suggest that tolls simply do not work. In fact, the councilmembers sponsoring the bill suggest widening the highways is counterproductive.

“Numerous studies and decades of real-world experience across the world have shown that adding lanes to highways does little to reduce congestion,” the resolution states. “When roads are widened, more drivers are encouraged to use them, and the end result is the same traffic problem as before.”

Nadeau called this phenomenon “induced demand” and claims the idea is accepted among transportation experts. The resolution points to Virginia’s similar attempts to toll Interstate 66 and Interstate 495, suggesting the efforts had few effects on overall congestion.

Justifying their out-of-state concern, Nadeau and cosponsors argue that additional trips, resulting in widening the interstates in Maryland and Virginia, will have “adverse consequences” on D.C. residents and infrastructure.

Councilmembers want Maryland to move in a direction more in sync with D.C.’s policy, which is taking cars off the roads by investing heavily in transit. Citing shared goals of reducing traffic fatalities, greenhouse gas emissions and vehicle congestion, the resolution calls for Gov. Hogan and D.C. Mayor Muriel Bowser to start a dialogue exploring transit alternatives.

“This highway widening has also been pursued despite the impact it will have on many Maryland homes and businesses,” Nadeau said in a statement. “Though this council does not have direct impact on decision-making about the Beltway or 270, widening these highways would have direct negative consequences on the District of Columbia. Therefore, I believe it is our duty to act.” 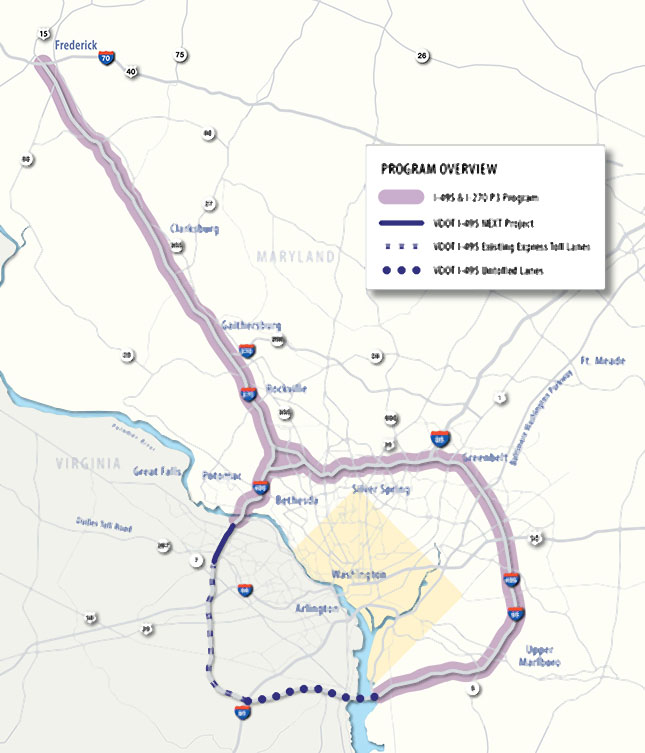 On Sept. 21, 2017, Gov. Hogan announced plans to add four lanes to I-270, the Capital Beltway (I-495) and Baltimore-Washington Parkway (MD 295). The $9 billion project addresses major congestion issues in the state.

According to the Maryland Department of Transportation, the state has the second highest commuting times in the county, only behind New York. The average work commute in Maryland was 32.3 minutes in a 2015 American Community survey.

“Maryland needs to address congestion in the D.C. region,” said MDOT State Highway Administration Administrator Greg Slater. “If we don’t find a solution now, Marylanders will be sitting in traffic for many years to come – and that would be unfortunate … The I-495 and I-270 traffic relief studies are about giving people time back in their lives and providing them with a reliable trip. Who doesn’t need time back in their day?”

In order to pay for the widening, Maryland will enter into a public–private partnership agreement by installing express toll lanes on the three highways. According to MDOT documents, more than 70 miles of interstate corridor is included in the plan.

To date, MDOT has completed one of six steps toward its goal of widening highways. Currently, MDOT is conducting workshops for public input. After passing environmental impact statements, the state plans to obtain permits and approvals for construction sometime between winter 2021 and winter 2022.

Making it easier to get your DOT physical at the VA

LLN (6/14/18) – The FMCSA is making it easier to get your DOT physical at the VA. We’ll have that, plus: an OSHA meeting on whistleblower protections; Maryland cities getting more road work money; electronic tolling coming to New Hampshire; upcoming truck shows; OOIDA fighting an effort to cut truckers’ meal and rest break pay; and […] 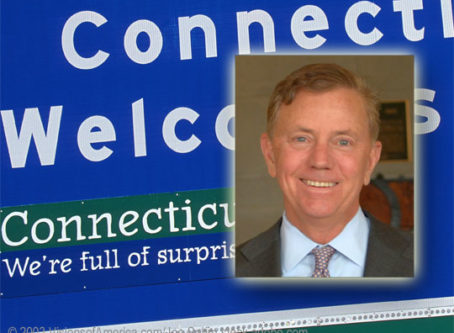 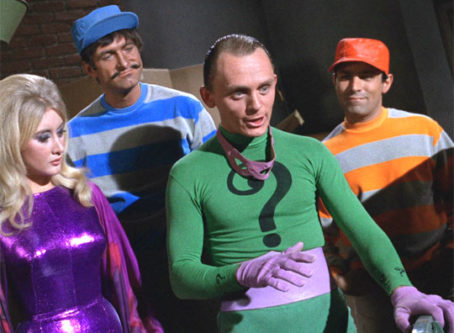