A limited exemption was granted for the intrastate transportation of gasoline, diesel fuel, fuel oil, biodiesel and propane by a Connecticut declaration of emergency notice signed by deputy commissioner Antonio Guerrera Aug. 20.

The order, effective until Aug. 26, is in place to mitigate the impact of Tropical Storm Henri, which made landfall with wind gusts of 70 mph and flooding rain along the coast of Rhode Island on Aug. 22.

Motor carriers operating under this exemption must have a copy of the notice in their possession.

According to a CNN report, approximately 37,000 customers in the Northeast were still without electricity as of late afternoon on Aug. 23. At the peak of the storm, over 100,000 customers were without power, the CNN report said.

A summer of issues

With the most recent fuel-related emergency in Connecticut, the list of states which have issued similar declarations continues to grow.

Earlier this month, Minnesota and Nebraska, declared emergencies citing disruptions in fuel supply chains. South Dakota, Iowa, and Wyoming enacted fuel orders of their own in July, which also saw fuel issues at the Reno-Tahoe International Airport. Extreme drought conditions led to an emergency order in North Dakota and wildfires were the cause of declarations in Montana, Nevada, California, Idaho, Oregon and Washington.

Within the last week, the cities of Orlando and Winter Park, Fla., have asked residents to limit water usage due to a shortage in liquid oxygen (used to purify the water supply), following a surge in COVID-19 patients in local hospitals. Availability of tanker trucks and drivers has complicated the matter, said an Orlando Sentinel report. 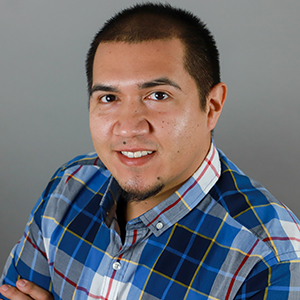 Rising prices continue to be the norm, according to the weekly diesel report from the Energy Information Administration released Oct. 18.

Federal energy outlook forecasts a rebound, but not until 2022

The EIA released its most recent short-term energy outlook on Oct. 13. The outlook remains subject to uncertainty, due to COVID-19.

The Oct. 11 diesel report from the Energy Information Administration showed more of the same as prices continue to rise across the country.