The Colorado Legislature has zipped through the statehouse a $5.4 billion transportation funding package with a mix of new and existing revenue sources.

The State Highway Fund would receive more than one-third of the new revenue ($2 billion). Local governments would collect nearly 20%, or about $950 million. Approximately $900 million would be used for purposes that include electric vehicles and transit.

Now we’re a step closer toward creating a sustainable funding source to improve our transportation infrastructure for years to come.

Existing sources of state revenue would account for another $1.6 billion. The boost from existing revenue includes $507 million in one-time funding from the state’s general fund.

The State Highway Fund would receive $355.2 million. Another $24 million would go to local governments. The remaining $127.8 million would be directed for multimodal uses.

In return, SB260 would repeal a $50 million annual transfer from the general fund to the State Highway Fund. The transfers are slated to begin next year and wrap up in fiscal year 2039-40.

New fees and existing fees also would be indexed to inflation or to a national highway construction costs index.

The per-gallon fee on gasoline and diesel would be used to pay for road use and on diesel only for vehicles’ “impacts on bridges and tunnels.”

Once the fees are fully implemented, they would be indexed to highway construction costs.

Also included in the bill is a requirement for the $50 existing registration fee charged per electric vehicle to be adjusted annually for inflation.

An additional road use equalization registration fee would be collected on electric vehicles. The fees would be phased in through fiscal year 2031-32 and then adjusted annually using a national highway construction costs index.

Fees would also be collected on residential delivery and transportation services.

Specifically, fees totaling 27 cents would be imposed on retail deliveries subject to the state sales tax from companies such as FedEx, Amazon, GrubHub and Instacart. Certain items, including groceries, are excluded from the state sales tax.

The bill imposes per-ride fees on passenger rides provided by transportation network companies such as Uber or Lyft that use a digital network to connect riders and drivers for the purpose of transportation. The full fee is 30 cents per ride, although if the ride is shared or taken in an electric vehicle, the fee is discounted to 15 cents.

Statehouse Republicans say the main focus of the funding plan is on “green energy products” and not roads and bridges.

They add that while transportation funding is needed, SB260 is intended to avoid a taxpayer protection law that requires significant fee increases to be approved by voters.

Don’t be fooled, “fee” is just Colorado Democrats’ fancy word for taxes in order to get around the Taxpayer Bill of Rights. #coleg #copolitics #transportation #policy pic.twitter.com/11G5tDI6N4

The Colorado Department of Transportation would be required to create the Freight Mobility and Safety Branch to implement projects and programs designed to enhance freight mobility and safety within the state.

The new branch would be required to submit a long-term strategic plan to the Transportation Commission by January 2022.

Additionally, CDOT would be required to conduct a road use charge feasibility study and an autonomous vehicles study. LL 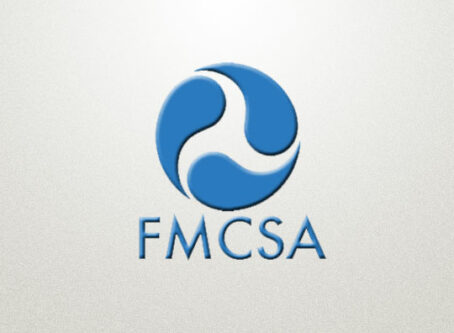 FMCSA will soon publish a proposed rule regarding brokers and their financial responsibility, and it may be good news for truck drivers.