On Monday, Aug. 2, Gov, Polis announced that he will sign a disaster declaration in response to the situation in Glenwood Canyon. Unusually heavy rainfall has caused disastrous mudslides in the area.

According to a news release, the average rainfall in Glenwood Canyon in July is 2.4 inches. However, 4inches of rain in a five-day period hit the area. Last August, the Grizzly Creek Fire burned more than 30,000 acres in Glenwood Canyon. That fire forced the closure of I-70 for two weeks. Consequently, affected areas were scorched, destroying all vegetation and leaving behind only soil. Such conditions are ripe for mudslides during heavy rain events.

“This is a big deal what’s happening with the mudslides in Glenwood Canyon,”  Polis during a newsconference. “We all know that Glenwood Canyon is majestic, beautiful and of course a critical transportation route for our state, for commerce, for trucks, for tourists, for Colorado residents to access beautiful western Colorado.”

During the Fourth of July weekend, the Colorado Department of Transportation shut down I-70 in Glenwood Canyon because of mudslides. The highway was reopened shortly after. However, nearby rest areas remained closed due to the high risk of mudslides.

By July 21, I-70 in Glenwood Canyon was shut down again because of mudslides. As of publication, CDOT is reporting that the interstate remains closed at Exit 87 (West Rifle), Exit 109 (Canyon Creek), Exit 116 (Glenwood Springs) and Exit 133 (Dotsero).

Truckers should take Interstate 80 through Wyoming as a detour.

All other motorists are to take northern alternate route via I-70 to CO 9 to U.S. 40 to CO 13. Westbound motorists from the Denver should exit I-70 at Exit 205 (Silverthorne) and travel north on Colorado Highway 9 toward Kremmling. Travelers will continue west on U.S. Highway 40 and then south on CO 13 to complete the alternate route and return to westbound I-70 at Rifle (Exit 90). Eastbound travelers can detour using the same route in reverse.

During a news conference on Monday, Polis said it could be “a few days to a few weeks” before I-70 reopens.

Officials will not know the full extent of the infrastructure damage until crews clear debris. Some areas are under 10 feet of mud or more.

By issuing a disaster declaration, Colorado can request federal declaration under the Stafford Act. If President Joe Biden grants the request, Colorado can receive help from the federal government, including funding and aid from the Federal Emergency Management Agency.

“CDOT is focused on two immediate areas of concern: removing debris so that we can scope the needs for permanent repairs and focusing on sections of the viaduct structures where the parapet and scallop walls have been destroyed,” CDOT Director Shoshana Lew said in a statement. “Beyond these immediate priorities, CDOT’s operational concerns include establishing safe westbound passage through the canyon for CDOT staff, the Shoshone power plant dam, and Xcel. Reestablishing consistent power will be necessary for CDOT operations staff to resume normal operations of the Hanging Lake Tunnel complex.

“Given the extensive damage to some areas, it will be some time before traffic can move in the manner it normally would.”

For the latest road conditions go to COTrip.org. LL 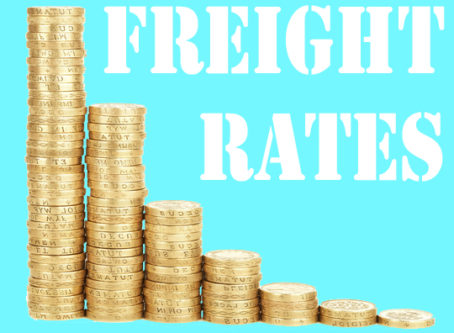 As of Oct. 1, Missouri’s fuel tax will increase for the first time in more than 25 years. Many motorists will have the option for rebates.