Coca-Cola and one of its delivery drivers dodged a court order that could have increased a jury verdict by hundreds of thousands of dollars after a New York appeals court reversed the order.

On Oct. 28, New York state’s Second Judicial Department appeals court reversed a lower court’s order setting aside a jury verdict of $150,000. The order would give the plaintiff, Andy Martinez, a new trial unless Coca-Cola agreed to increase the damages award to a total of $800,000. The appellate order reverts the jury award back to the original $150,000 while also denying Martinez a new trial on the issue of damages.

Martinez filed a lawsuit against the beverage company after a Coca-Cola delivery truck struck the rear of a vehicle in which he was a passenger. The complaint reached trial where a jury ruled in favor of Martinez. He was awarded $50,000 for past pain and suffering and another $100,000 for future pain and suffering.

Not satisfied with the outcome, Martinez filed a motion to set aside the jury verdict as to damages, claiming they were contrary to the weight of evidence.

Precedent allows a court to set aside a jury award if it deviates from what would be considered reasonable compensation. In this case, the appellate court ruled, there was conflicting evidence regarding Martinez’s physical condition before the crash. Therefore, a jury could surmise that much of his pain and suffering came from his preexisting condition. Specifically, Coca-Cola presented evidence of subsequent accidents that could have contributed to Martinez’s injuries.

“The jury may have determined that the subject accident was not the cause of one or more of the plaintiff’s injuries,” the appellate panel ruled. “Given the conflicting expert opinions and evidence, it cannot be said that the damages award deviated materially from what would be reasonable compensation or that the verdict was contrary to the weight of the evidence.”

Accordingly, the order to set aside the jury verdict was reversed, taking Coca-Cola off the hook for an additional $650,000 or a new trial. LL 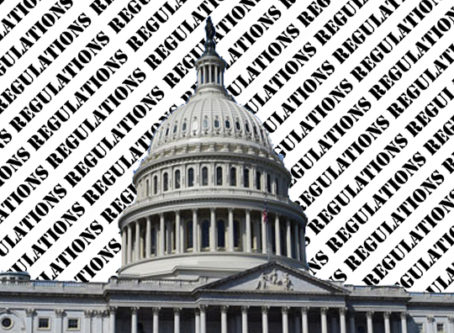 Three U.S. senators want the president to use California emission rules nationwide. OOIDA has explained all the ways that’s a bad idea.

A lawsuit challenging the FMCSA’s changes to the hours of service targets provisions involving short-haul operations and the 30-minute break.

A former CFO for Roadrunner Transportation is going to prison for hiding millions of dollars in uncollected lease-purchase payments owed by drivers.

A South Dakota driver and company owner has been declared an imminent hazard after testing positive for drug use and not getting help.