Cardinal Transport is on the hook for $5 million in a vicarious liability case involving an incident with a truck leased to the company.

On June 26, the Fourth Circuit Court of Appeals affirmed a West Virginia district court jury’s award of $5 million to Richard Edwards Jr. Edwards lost a leg when helping a trucker leased to Cardinal Transport. The company argues that the truck owner was not an employee, so it should not be held liable for his actions.

As McGowan was loading the last piece of pipe onto the truck, Edwards began securing the pipe. Before he could disconnect the strap connecting the pipe to the forklift, McGowan backed the forklift up, pulling the pipe off the truck. The 2,000-pound pipe crushed Edwards’ foot. His right leg was amputated below the knee as a result.

The lawsuit alleges 12 separate counts: one against McGowan, one against Midkiff, five against McElliottsTrucking, four against Cardinal Transport and one count for punitive damages against all defendants.

On Aug. 6, 2018, McElliotts Trucking entered into a settlement agreement with Edwards. The settlement was for $200,000, 188 acres of land in Carter County, Ky., and a race car chassis with a driving suit and helmet. That left only Cardinal Transport as the defendant for the trial to be held the next day.

On Aug. 14, 2018, a jury found McElliotts Trucking defendants negligent and Cardinal vicariously liable. In total, the jury awarded Edwards more than $5.4 million in damages. With McElliotts Trucking’s settlement valued at $372,500, the final judgment was lowered to just over $5 million.

Cardinal Transport motioned for a new trial. First, the company claimed that McElliotts Trucking defendants “were unequivocally proven to be independent contractors, not employees,” according to court documents. Second, Cardinal Transport claimed loading/unloading of trucks is unquestionably outside the scope of employment.

However, West Virginia law states the power to control the process of the work determines the relationship.

The district court ruled that Cardinal Transport “had the exclusive power to exercise meaningful control over McElliotts defendants’ operations, even beyond processes mandated by federal regulation.”

Certain provisions in the Cardinal-McElliotts contract include:

McGowan was the exclusive agent of Cardinal Transport for 14 years, according to court documents. A court order also stated that a sales agency agreement includes more than 100 pages of binding company policy thattouch on every aspect of an agent’s business.

Although the court found no evidence that the company directly controlled loading of the shipments, it also found that the company was aware of the practice itself and at least implicitly approved it.

Regardless, Cardinal Transport used both arguments when it had motioned for summary judgment. The district court denied the motion on those arguments then, and consistently denied a motion for a new trial based on similar arguments.

Cardinal Transport argued that the jury instructions were flawed. It contests the use of the phrase “with regard to the trucking operations” to define the scope of liability in their independent contractor defense, as stated in the final instructions. Previously, in nonbinding preliminary instructions to describe to the jury the evidence and claims they were about to hear, the court used the phrase “with regard to the loading and unloading of trailers.”

Cardinal Transport appealed the denial of its motion for a new trial. The Fourth Circuit Court of Appeals agreed with the lower court’s ruling. However, one judge filed a dissenting opinion.

Judge G. Steven Agee argued that Cardinal Transport had to rebut facts never put into evidence and found by a jury. Consequently, there is no way to know which path the jury would choose based on its general verdict.

“An appellate court cannot reach a harmless error conclusion by crediting evidence as proven fact when the record does not show that the jury found that evidence to establish the necessary facts,” Agee wrote. “Because the verdict did not make it ‘reasonably certain’ that the jury was not influenced by the erroneous rebuttable presumption theory, I would vacate the verdict for Edwards and remand for a new trial.”

From here, Cardinal Transport can motion for a retrial from the appellate panel, the full Fourth Circuit or petition to the Supreme Court. As of publication, no motion for either has been filed. 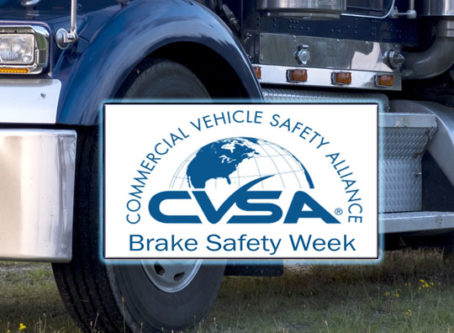 In August, huge numbers of inspectors will be out across North America, and you’ll likely face a brake inspection. We’ll tell you what they’re looking for.