The California Trucking Association plans to petition the U.S. Supreme Court after an appeals court denied the trucking group’s petition for a rehearing en banc over the state’s worker classification law.

According to court documents filed on Monday, June 21, none of the panel of judges on the U.S. Court of Appeals for the Ninth Circuit requested a vote for en banc consideration in the case over California’s Assembly Bill 5.

“While the decision by the Ninth Circuit to deny an en banc rehearing is disappointing, we are committed to continuing our efforts to protect California’s 70,000 independent truckers,” said Shawn Yadon, CEO of the California Trucking Association. “Enforcing AB5 would throw the nation’s supply chain into further chaos and destroy the livelihoods of thousands of blue collar entrepreneurs.

“We will look to every option to prevent greater harm, including filing a motion to delay the removal of the preliminary injunction, while we also petition the U.S. Supreme Court to consider our case.”

On April 28, a three-judge panel ruled 2-1 that California’s AB5 “is a generally applicable labor law” and called for the removal of a preliminary injunction against enforcing the state law on motor carriers. The California Trucking Association filed a petition in May for a full panel of Ninth Circuit judges to rehear the case.

The trucking group contends that AB5 would force the end of the industry’s owner-operator model and would be in violation of the Federal Aviation Administration Authorization Act (F4A), which prevents states from enforcing a law or regulation related to a price, route, or service of motor carriers.

Earlier this month, the Owner-Operator Independent Drivers Association filed an amicus brief in support of the California Trucking Association’s petition for a rehearing en banc.

OOIDA said AB5, which codifies the California Supreme Court’s ABC Test for determining whether a worker is an employer or an independent contractor, will cause “immediate and irreparable harm” to thousands of truckers.

“It’s not the outcome we had hoped for, and we are reviewing options,” OOIDA said in response to the denial of the en banc petition.

In September 2019, California’s Senate passed AB5. The law, which was intended to apply to a variety of industries, went into effect on Jan. 1.

The California Trucking Association sued and the U.S. Southern District Court of California granted the preliminary injunction to stop the state from enforcing it on motor carriers.

The Ninth Circuit ruled to lift the injunction, but the California Trucking Association will try to keep the injunction in place as it waits for the U.S. Supreme Court to decide if it will hear the case.

“I do not agree … that a law like AB5 – which affects motor carriers’ relationships with their workers and significantly impacts the services motor carriers are able to provide to their customers – is not related to motor carriers’ services and thus is not preempted,” Bennet wrote.  LL 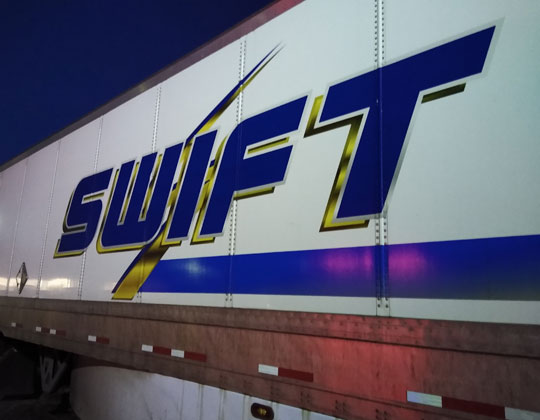