Two female employees of Tri-Modal filed the lawsuit in September 2017. Both women claim the trucking company denied them a promotion due to racial discrimination. One of the two women further alleged sexual harassment.

Through a staffing agency, the woman was hired by Tri-Modal in 1997. She continued to work there until the end of the Superior Court case in 2018. The staffing agency handled all of Tri-Modal’s employment documents for the woman. In fact, Tri-Modal was the agency’s only client. The agency was initially named in the lawsuit, but later dismissed as the court found that Tri-Modal had exclusive and absolute decision-making authority over the leased employees, including promotions.

In December 2018, the Superior Court dismissed the remaining defendants, finding that the statute of limitations had passed.

The woman originally filed the sexual harassment complaint against Tri-Modal with the Department of Fair Employment and Housing in April 2018. According to the court analysis, that meant the one-year clock began to run in April 2017.

The woman argued that five less-qualified employees were promoted over her when defending her sexual harassment allegations. However, Tri-Modal argued that such promotions either did not happen or occurred before April 2017. Specifically, Tri-Modal claimed that one of those employees was never promoted, while the other four were promoted so long ago that they should be stricken from the record because of the statute of limitations.

During litigation, Tri-Modal’s vice president of operations gave a timeline of the promotions. According to his documentation, three of four employees were promoted before April 2017. The fourth promotion was offered in March 2017 and went into effect May 2017. The woman objected to that deposition, calling it hearsay, but was overruled.

According to court documents, the Superior Court invoked the statute of limitations based on the last promoted employee’s offer date. Since the employee was offered and accepted the promotion before April 2017, it falls a month shy of the start of the clock, making it inadmissible. However, the woman appealed that decision, arguing that the start date of May 2017 should trigger the clock.

State statue says “no complaint may be filed after the expiration of one year from the date upon which the alleged unlawful practice or refusal to cooperate occurred.” For the court, the key word is “occurred.”

“In this case, the alleged quid pro quo sexual harassment ‘occurred’ when (the vice president) supposedly punished (the woman) at work for refusing his demand to make their relationship more sexual,” the appellate court stated. “Logically and thus textually, an employer injures the employee by denying a deserved promotion as an instrument of sexual harassment. That moment ‘occurred’ when Tri-Modal allegedly did not promote the deserving (woman) because of sexual harassment.  That was in March 2017.  So (the woman’s) injury ‘occurred’ in March 2017, according to the plain meaning of the word ‘occurred.’”

Following the unanimous appellate opinion and rehearing denial, a petition to the California Supreme Court was filed in June 2020. In August 2020, the high court granted the petition for review. The Supreme Court will decide whether or not the lower courts erred in allowing the vice president of operation’s timeline and whether or not the promotion offered and accepted on March 2017 was the correct date used regarding the statute of limitations. LL 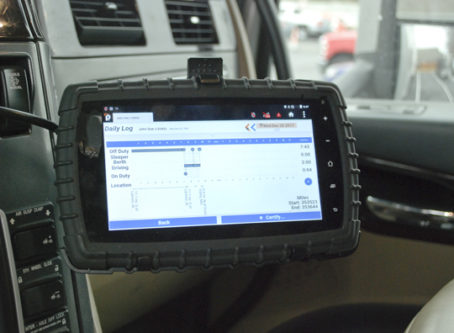 A computer chip shortage leads to ELD supply issues, but the full story is complicated. Plus, mixed signals on freight and rates.

Mexican driver banned from driving in U.S. after fatal crash

A truck driver licensed in Mexico was declared an imminent hazard and banned from driving in the U.S. after a fatal crash in May in Idaho.

A Rhode Island trucking company owner facing more than two years in prison must also pay $632,000 in restitution for a fraud scheme.

California’s Assembly Bill 5 will cause “immediate and irreparable harm” to thousands of truckers, OOIDA says.