On April 8, Eden Prairie, Minn.-based C.H. Robinson filed a petition to the Supreme Court, requesting it hears a case from the Ninth Circuit Court of Appeals. In September, the appellate court reversed a lower court’s decision to dismiss the case, stating that the Nevada federal district court inappropriately used the Federal Aviation Administration Authorization Act of 1994 (F4A) in making its decision.

The case is based on a crash involving a motor carrier hired by C.H. Robinson to haul Costco shipments. The broker hired Kuwar Singh’s trucking company RT Service and Rheas Trans. Ronel Singh was behind the wheel when one of Kuwar’s trucks lost control on an icy Interstate 80 near Elko, Nev. The truck crashed into a vehicle driven by Allen Miller, who is now a quadriplegic as a result of the crash. Miller sued C.H. Robinson, Kuwar Singh and Costco in June 2017.

In the lawsuit, Miller claimed that C.H. Robinson was partly responsible for the crash through negligence in hiring Singh. The lawsuit claims the two trucking companies had a history of violations, including 40% of their trucks deemed illegal after road inspections, numerous hours-of-service violations, and an out-of-service rate twice the national average.

C.H. Robinson moved to have the case dismissed, arguing that the F4A preempts Miller’s negligence claim.

Federal law 49 U.S. Code § 14501 preempts a state “law, regulation or other provision” that is “related to a price, route or service of any motor carrier … or broker.” However, there is a safety exception that “shall not restrict the safety regulatory authority of a state with respect to motor vehicles.”

The district court granted the motion, stating Miller’s claim “sets out to reshape the level of service a broker must provide in selecting a motor carrier to transport property.” The lower court stated that in order to avoid negligence liability, a broker would have to inspect each motor carrier’s background.

“Such additional inspection would result in state law being used to, at least indirectly, regulate the provision of broker services by creating a standard of best practices,” the district court ruled.

Regarding the safety exception, the district court ruled that it does not “permit a private right of action – allowing for Miller to essentially do the state’s work and enforce the state’s police power.” The court also found significant the fact the exception “is silent regarding broker services.” Miller settled with remaining defendants and appealed C.H. Robinson’s dismissal.

The Ninth Circuit agreed that Miller’s claim was “related to” C.H. Robinson’s broker services. However, the panel ruled that the district court erred in finding that the safety exception did not apply.

“The panel held that in enacting the exception, Congress intended to preserve the states’ broad power over safety, a power that included the ability to regulate conduct not only through legislative and administrative enactments, but also through common law damages” the opinion stated. “The panel further held that plaintiff’s claim also had the requisite ‘connection with’ motor vehicles because it arose out of a motor vehicle accident.”

C.H. Robinson wants the Supreme Court to look into its claim that F4A preempts a negligence claim against a broker.  Specifically, the company claims that a broker does not fall within the safety exception.

The safety exception states that F4A “shall not restrict the safety regulatory authority of a state with respect to motor vehicles.” However, C.H. Robinson argues that Miller’s safety exception claim does not satisfy the “with respect to motor vehicles” portion of the exception. The broker is claiming it neither owned the truck nor selected the driver who caused the crash. If the Ninth Circuit’s decision is upheld, the company argues that brokers will need to comply with a patchwork of state laws.

“The court of appeals’ decision will impose enormous costs on the transportation industry – indeed, the very costs that Congress sought to avoid in enacting the (F4A),” the petition states. “Without the court’s intervention, the decision will subject businesses in the transportation industry, many of which operate nationwide or regionally, to the vagaries of state common-law negligence doctrines. In effect, freight brokers – and the numerous businesses that themselves hire motor carriers to transport their products – will be forced to comply with the patchwork of rules that Congress determined imposed an ‘unreasonable burden’ on interstate commerce and an ‘unreasonable cost’ on American consumers.”

As of publication, the Supreme Court has not responded to C.H. Robinson’s petition. LL 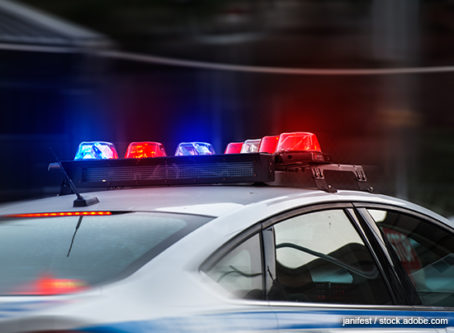 Police ticket quotas are well known and universally hated by truck drivers and the public. Now, seven states are taking action to end them.