Bills in three states would limit trucks left lane use

There are bills in multiple statehouses that seek to limit left lane use for large trucks.

The Owner-Operator Independent Drivers Association says that truck drivers are first-hand observers of the negative consequences of misguided traffic laws, and while perhaps not intended, efforts to restrict trucks from certain lanes pose serious challenges for truckers and jeopardize the safety of the traveling public.

Despite the concerns of professional drivers, one effort underway in the Kentucky General Assembly would impose left-lane restrictions for trucks on the state’s busiest highways.

State law already requires vehicles traveling below the posted speed limit on any limited access highway with a posted speed of at least 65 mph to stay to the right. Exceptions are made for passing, yielding to traffic entering the highway, or when unsafe to use the right lane.

Sponsored by Rep. Myron Dossett, R-Pembroke, the bill would outlaw vehicles with more than six wheels from driving in the left lane on highways with at least three lanes of traffic.

A requirement is included for signs alerting travelers about the lane use rule.

Mike Matousek, OOIDA manager of government affairs, says that by restricting the movement of trucks to the right lane, trucks will inevitably block entrance and exit ramps and impede motorists from safely entering and exiting the roadway

The bill, HB456, is in the House Transportation Committee.

A bill targeting truck traffic is also under review in the Maryland House.

State law requires any vehicle driving at least 10 mph below the posted speed to stay to the right. Exceptions to the lane use rule would include preparing to turn or to overtake and pass another vehicle.

Sponsored by Delegate Jay Jalisi, D-Baltimore, HB1627 would require drivers traveling on roadways with at least three lanes for traffic moving in one direction to use the left lane to turn, or to overtake and pass another vehicle.

The lane use rule would apply only to large trucks on roadways with speed limits of at least 55 mph.

The bill is in the House Rules and Executive Nominations Committee.

Across the state line in Delaware, an ongoing effort would revise the state’s left lane-use rule.

One provision in the bill singles out large trucks. Specifically, trucks weighing at least 10,000 pounds would be prohibited from using the left-hand lane along a stretch of state Route 1 except to pass, turn or exit a highway.

The lane use bill is in the Senate Transportation Committee. 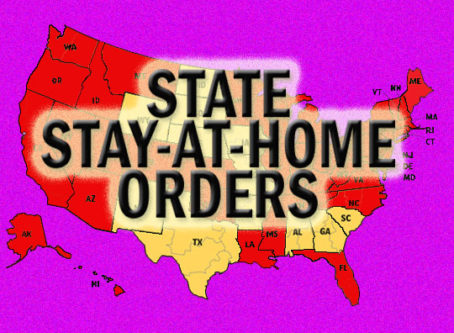 Only one day has passed since the last stay-at-home order update, which is enough time to add more to the list, including Arizona and Washington, D.C. 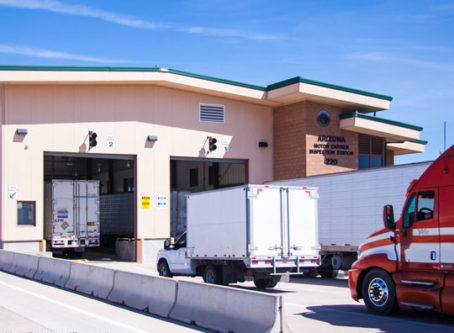 A bill in the Arizona statehouse would limit truck enforcement efforts at ports of entry, but Legislature’s suspension could effectively kill the bill.