Discussion about tolls to get needed road work done is a topic at statehouses from Maryland to Wyoming. Below is a roundup of recent activity on the issue of toll plans.

Multiple bills introduced in the Alabama Legislature are intended to give residents more of a say on possible toll projects around the state.

The topic of tolls at the statehouse is spurred by the now-dead pursuit by the Alabama Department of Transportation to toll users for the Interstate 10 Mobile River Bridge and Bayway project. The project would have marked the first tolled interstate through a public-private partnership.

Concern about tolls has been rekindled by the pursuit of a toll bridge project over Lay Lake in central Alabama that would connect Shelby and Talladega counties.

Alabama law now states that prior to building any new toll roads, bridges, or tunnels, the state Department of Transportation must conduct a public hearing in each affected county.

SB151 would add a requirement for the Alabama DOT to complete an economic impact study prior to any toll project getting underway.

Among the issues the study would take into consideration are a toll project’s effect on existing commercial and industrial development, employment, and state revenues.

SB152 would give voters the final say on any toll project. Specifically, voters would decide whether to put into the state’s Constitution a requirement for a public vote in any county where a toll project is planned.

Elliott’s bills are in the Senate Transportation and Energy Committee.

HB210 is in the House Transportation, Utilities and Infrastructure Committee.

The possibility of tolls being collected on certain Michigan roadways has taken a step closer to becoming reality.

Michigan currently collects tolls on bridges that include the Mackinac Bridge, the Blue Water Bridge, and the International Bridge.

The state Senate recently voted to advance a bill to create a panel to investigate the feasibility of charging tolls for roads and bridges. It now heads to the House.

A written report on the firm’s findings would be provided to state officials within 18 months of the bill’s effective date. At that time, the governor would be permitted to move forward with a “strategic plan” to implement tolls.

The plan would include applying to the Federal Highway Administration for a waiver to add tolls on federal interstates.

SB517 is in the House Transportation Committee.

Todd Spencer, OOIDA president and CEO, says the Association “fundamentally opposes toll roads.” He adds that “toll roads are more egregious when they are proposed for existing highway capacity.”

Additionally, Spencer has said if any state approves adding tolls to federally funded roadways his group and other entities would oppose the effort in Washington, D.C.

Two bills in both statehouse chambers would expand protections from tolls statewide.

A 1978 Maryland law requires the state to get consent from local government leaders in the nine counties on the Eastern Shore before moving forward with any toll plans in the area.

Sponsored by Sen. Susan Lee, D-Bethesda, and Del. Mary Lehman, D-Prince George’s, the bills would expand the provision to include local leaders in all 23 counties throughout the state and Baltimore City.

The bills are spurred by Gov. Larry Hogan’s plans to tap tolls to cover costs to widen Interstate 270 between I-495 and I-70, and portions of I-495 in Montgomery and Prince George’s counties. Highway users would be able to use existing lanes free of charge.

Efforts at statehouses in Connecticut and Wyoming to authorize tolls have already met their demise.

Connecticut Gov. Ned Lamont this week announced that he is abandoning pursuit of truck-only tolls after legislators once again delayed a vote on the issue.

A Wyoming bill to add tolls to Interstate 80 was rejected by state Senators on the second day of the regular session. 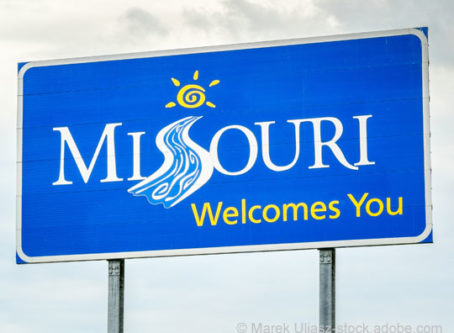