In 2021, UPS bailed out of the LTL business and Knight Swift jumped in. It was also the year a major railroad bought a major motor carrier and (almost) nobody noticed.

In January, UPS sold its LTL division, UPS Freight, to TFI of Montreal, Quebec, which renamed it TForce Freight. Much has been written about this, and we’ll come back to it later. But for now, the question is who is TFI?

TFI ranks fifth on Transport Topics’ Top 100 For-Hire Carriers, after J.B. Hunt and before Knight-Swift. At that size, why don’t we see TFI in big letters on the sides of trucks everywhere?

Actually, if you look closely, it is on many trucks but in small letters next to another, maybe more familiar fleet name. TFI, which stands for TransForce International, is a holding company that owns a bunch of carriers and logistics companies that are lumped together as TFI in the Transport Topics Top 100 list. It isn’t the only such holding company on the list, but it is by far the biggest.

TFI has been on a buying spree for years. Its website boasts “98 acquisitions in the U.S., Canada, and Mexico since 2008.”

TFI claims to own more than 80 operating companies. One of them is truckload carrier CFI of Joplin, Mo., originally known as Contract Freighters Inc. (CFI made a slight logo adjustment this year. The big block letters “CFI” had been stepped upward on trailers and tractor fairings. As of 2021, they are aligned on a plane.)

In the summer of 2021, CSX Transportation of Jacksonville, Fla., acquired Quality Carriers of Tampa, Fla. CSX is the third-largest U.S. railroad by revenue and operates throughout the Eastern U.S. With 2,500 drivers and 6,400 tank trailers, Quality Carriers is either the largest or the second largest tank truck carrier in North America, depending on who’s talking. Even so, the acquisition received minimal coverage in trucking media.

In 1986, only a year after Norfolk Southern’s acquisition of North American, Union Pacific, an even bigger railroad, bought LTL Overnite Transportation, an even bigger motor carrier. Again, the object was more intermodal freight and, again, it didn’t happen.

What did happen was a nationwide Teamster strike against union LTLs in 1994.

The 23-day strike sent LTL freight pouring into non-union carriers. Overnite, the largest nonunion LTL at the time, accepted more freight than it could handle and overworked its employees, some of whom reached out to the Teamsters. The resulting fight against Teamster organization forced Union Pacific to shake up Overnite management and raise wages twice.

Union Pacific spun off Overnite in a 1998 stock offering that brought in less than half the $1.2 billion the big railroad had paid 12 years earlier – which brings us back to TFI and UPS Freight.

In something like a billion-dollar replay, UPS bought Overnite for $1.2 billion in 2005 and renamed it UPS Freight only to sell it off last year for $800 million. UPS didn’t take quite as big a loss as Union Pacific, but $400 million is still a pretty big hit. In large part, the original Overnite network still exists, and the company – now a TFI division named TForce Freight – remains headquartered in Richmond, Va.

In 2021, truckload giant Knight-Swift moved aggressively into LTL. In July, Knight-Swift bought AAA Cooper, an Illinois-based LTL with extensive coverage in the Southeast. With 2,500 tractors and 7,500 trailers, AAA Cooper ranks as the 15th largest LTL in North America. Then in December, Knight-Swift acquired Midwest Motor Express – known as MME – a smaller LTL that serves the high-plains Midwest and Northwest Coast.

The two LTL acquisitions by themselves are unlikely to move Knight-Swift’s rank of sixth on the Transport Topics list, but they should put Knight-Swift within range of No. 5, TFI. A look at the combined service maps of AAA Cooper and Midwest Motor Express shows gaps, particularly in the Northeast and California. It would be less than a huge surprise if Knight-Swift moved to fill those substantial gaps with another acquisition or two. 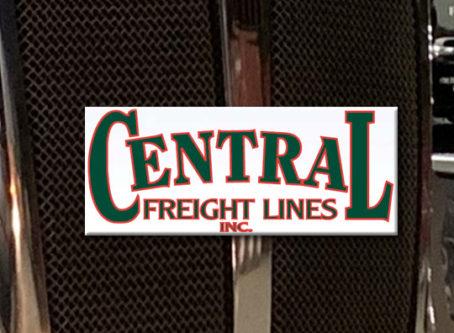