Barefoot in the Mack

Sam was the law. He managed A-P-A’s main terminal in North Bergen, N.J. – seven dispatchers, and a couple of hundred drivers. You didn’t mess with Sam. He was compact and a little lower than average height. The biggest driver in the place once pushed him during a discussion. In an instant with a single, overhand punch, Sam decked the guy, according to some who claimed they were there. So, when Sam told me to get back in my MB Mack and drive with or without shoes and socks, I did.

A-P-A was a union LTL in 1968. Each morning during rush hour, I drove almost two hours from North Jersey to Stamford, Conn., in a straight truck stuffed with from 15 to 30 deliveries. Back then, LTLs like A-P-A hauled everything from full trailer loads to the kind of small shipments UPS handles today.

It was early December, a beautiful day, but cold. There had been a frost overnight in Jersey. It was still near freezing in Connecticut when I got to my fourth or fifth stop on Hope Street in Stamford. It had to be around 11 a.m. The company was Sealtest Dairy, but there was no dairy at this address. It was a relatively small industrial building with no dock. I have no idea what they did here. Whatever it was, they needed sulfuric acid to do it. That’s what was on the freight bill: one 150-pound carboy of sulfuric acid

Around back there was a roll-up door, so I backed up to within 15 feet of it, got out, and pushed a buzzer button marked “receiving.” The receiving guy opened the door right away.

The acid was in a large glass jug that was itself encased in a protective wooden framework that made it easier to hand-truck to the tailgate. On the ground, the receiving guy told me to get on one side of the jug. He would take the other. On the count of three, he instructed me, we would pull it off the tailgate and set it on the ground. One. Two. Three.

Something went wrong on his side. He let go and stepped backward. That left the 150-pounds on me. That’s not an outrageous weight, but I had two hands under one side of the jug. It tipped away from me quickly, so I let go and stepped back, just as the receiving guy had done, but a second later – too late, as it happened. My feet were still close to the jug when it hit the ground. The wood frame buckled, and the jug shattered. Sulfuric acid splattered.

I realized the receiving guy was pointing at my feet. My steel-toe work shoes were covered with clear liquid acid and beginning to smoke. I quickly kicked them off. “Inside, water!” he said urgently. For an instant, I didn’t get it. Then I saw drops on my socks were smoking; the acid was eating its way through to my ankles. I tore off my socks and ran through the overhead door and into a large utility area with a grey, metal desk, a low stack of pallets, and a couple of pallet jacks. Off to my right was a stainless-steel sink. I turned on the water and dropped water on my feet and ankles in cupped hands. This wasn’t going to work. I already felt sensations on my ankles. Acid was on my skin.

Without really thinking, I climbed into the sink and ran water directly on my feet and ankles. I weighed a lot less than I do now. Still, it’s a miracle I didn’t rip that unsupported sink off the wall.

A double door on the inside wall swung open and a guy in a suit strode through hollering “What’s going on!” to nobody in particular. I caught his eye. He looked over and seemed to stall for an instant. “Hi,” I said. That’s all I could think of. “Hi,” he said back, then stalked outside to the receiving guy. When I was satisfied that my feet and ankles were safe, I climbed out of sink and walked barefoot outside where the receiving guy and the suit were staring down at two wads of black, smoking goo on the asphalt. My shoes. The suit said, sure, I could use their phone.

This was going to be a short day, I thought as I dialed into A-P-A dispatch in North Jersey. I described the situation to Sal, my dispatcher. I should have known there would be trouble when he didn’t tell me right away to bring it in. Instead, Sal told me to wait. Next thing I know, Sam is on the phone.

“How many stops are left?” he asked.

Most of them, I answered.

“You have to go buy shoes and make those deliveries,” Sam said in his all-business mode of speaking.

“Go buy shoes? Barefoot? In the cold? I don’t have enough money!”

In the pre-Christmas surge, the A-P-A system was overloaded. Sam didn’t want any freight out for delivery to come back.

“Go to a shoe store and have them bill the company,” Sam said matter-of-factly as though drivers called in barefoot all the time.

“How can I shop for shoes barefoot in December?” I said.

I was getting cranked. This was ridiculous. I was going to drive barefoot back to New Jersey, not go shopping barefoot in Connecticut

“Aw, c’mon, Sam,” I said. “I’m not going to walk around a mall or anyplace else without shoes and socks. I’m coming in.”

There. I had defied Sam. I was ready for whatever came next. At least I thought I was.

Sam paused for a moment, then began speaking in a different voice. In a slow, deliberate monotone he began reciting something like a riot act for drivers. I know it was printed on a card he kept in his suit jacket pocket. Sammy always wore a suit.

“Blah, blah, blah, blah … if you return without authorization, the company will have no choice but to regard that as a resignation from your job … blah, blah.”

Suddenly, I remembered the time A-P-A bought out Liberty Fast Freight, a smaller carrier with a local terminal nearby. A-P-A closed Liberty’s terminal and Liberty drivers showed up to work from A-P-A’s North Bergen terminal. After apparently losing a dispute over seniority, unhappy Liberty drivers walked outside and blocked the main gate. It was a wildcat strike. They looked determined even as Sam came outside holding an index card and began to read. “Blah, blah … the company will have no choice…” It was a very brief wildcat strike.

Now I was hearing the same words from the same guy – Sam DePiano, whose office in North Bergen was called the beat-up room.

The mall pavement wasn’t too cold. Sure, there were pebbles here and there. Otherwise, it wasn’t so terrible. Inside the mall, the floor wasn’t all that much warmer. I was walking – barefoot, of course – to a shoe store I occasionally delivered to when there was suddenly a uniformed security guard walking beside me. He asked why I wasn’t wearing shoes. As we walked and I explained, another plain-clothes security guy was on my other side. They didn’t try to stop me but stayed with me until we reached the shoe store and I went inside. The shoe store guy thought it was funny. I finished out the day in white sneakers.

That should have been the end of Sam’s involvement in my barefoot caper. It wasn’t. I got back that night too late to go buy work shoes. So the next morning, I came to work in the sneakers. I punched in, was handed a clip board of freight bills. It was going to be another killer day.

In the drivers’ room, Dave Borngesser, the safety director, tapped me on the shoulder and told me to punch out and go home.

I explained to him that the sneakers belonged to A-P-A. Dave didn’t care. So I went back to the dispatch window and handed my clipboard back to Sal. Dave said I can’t work in sneakers, I explained. Sal took the clipboard and left the window. Less than one full minute later he handed back the clipboard.

I managed to make 20 stops and load-out with pickups in the Bronx that day. And I got to keep the sneakers. 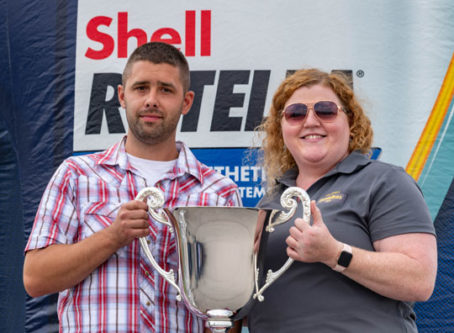 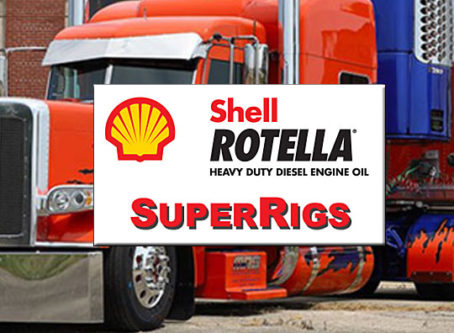 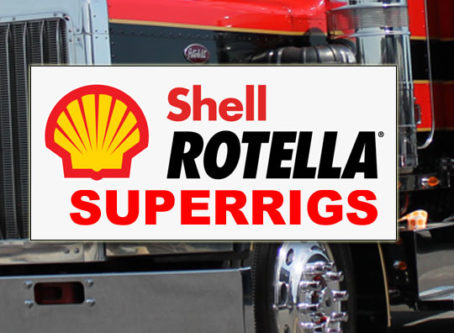 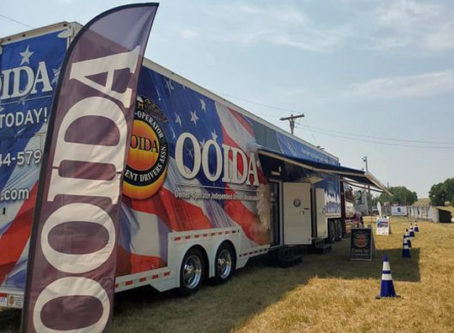