New data from the American Transportation Research Institute reveals the COVID-19 pandemic’s impact on truck activity, which has been an up and down rollercoaster.

According to an ATRI analysis, truck activity increased during the beginning of the pandemic. However, movement began to trend downwards once stay-at-home orders were put in place.

“In these unprecedented times, we need to rely on science and facts, not anecdotes and speculation,” Bob Costello, American Trucking Associations chief economist, said in a statement. “This ATRI research is able to tell us in near-real-time what the pandemic is really doing to the trucking industry.”

In the early stages of the pandemic from early February into March, consumers began hoarding certain goods to prepare for the unknown. Consequently, truck activity spiked in the six states studied, likely the result of truckers scrambling to help stock emptying shelves.

However, the positive impact to truck activity would turn into a disruption.

ATRI data reveals a decline in trucking operations in April. Throughout March, states began ordering residents to stay home and nonessential businesses to shut their doors. As a result, large segments of the economy are no longer operating, putting certain loads on an indefinite standstill. 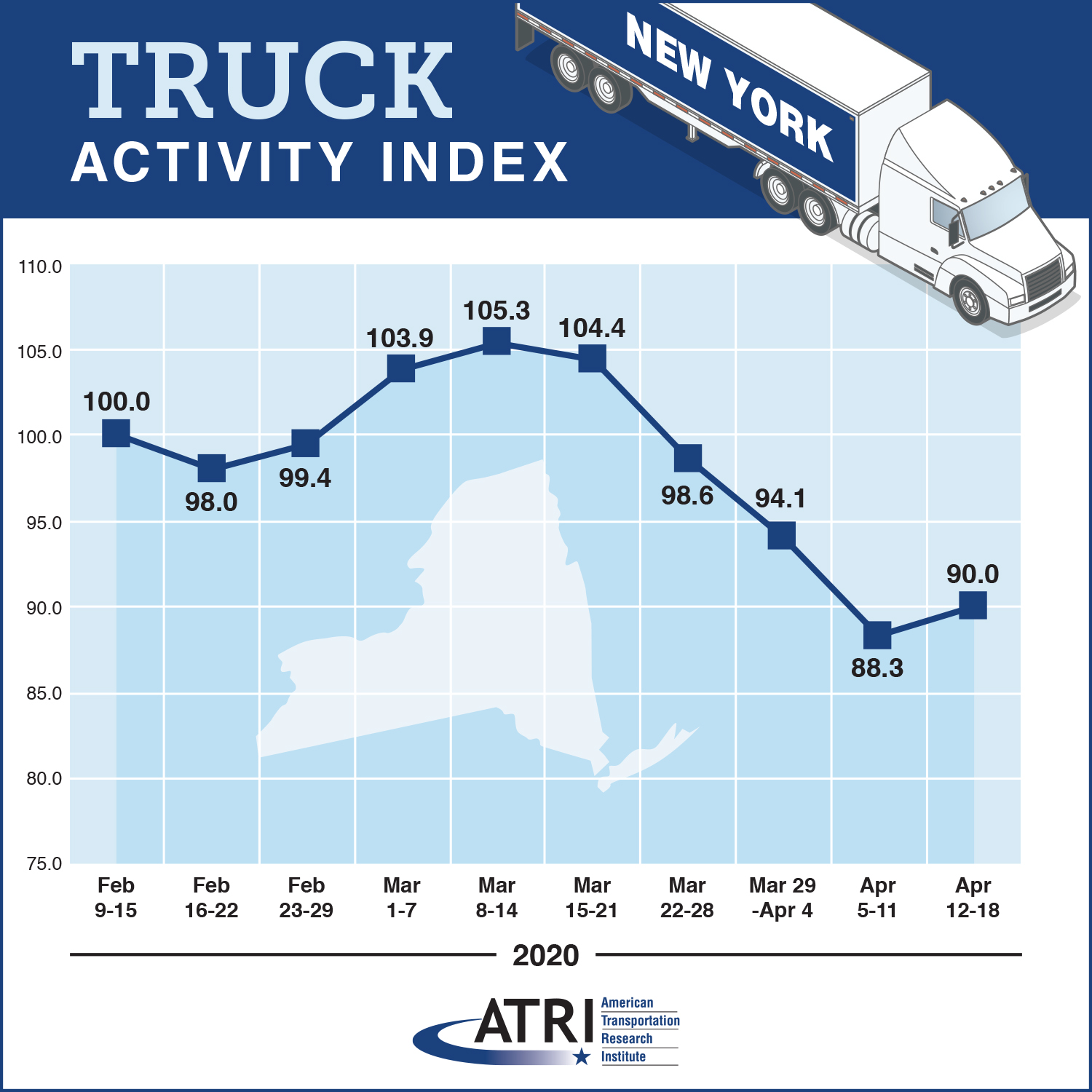 However, California’s drop in truck activity was not the worst. Despite initial spikes in early March, truck activity in Florida, Illinois and New York is down by an average of 10% from early February. Meanwhile in Pennsylvania and Washington, truck activity is down about 9% from Feb. 9.

There is some light at the end of the tunnel. ATRI is reporting that New York is starting to experience an uptick in truck activity.

COVID-19’s impact on transportation is both positive and negative. On one hand, traffic crashes are down significantly in many states with fewer motorists on the roads. In California, crashes were down by half. On the other hand, some motorists are taking advantage of relatively empty highways. One report reveals some states are experiencing a surge in speeds at 100 mph or more.