FMCSA’s proposal for hours-of-service reform was more than a year in the making, so it’s no surprise that truck drivers were ready to provide their 2 cents’ worth at the agency’s first public listening session.

Dozens of truck drivers and other industry stakeholders attended a two-hour public listening session regarding hours of service on Aug. 23 at the Great American Trucking Show in Dallas, while hundreds more watched online.

Much of the public listening session consisted of truck drivers asking for clarifications or suggesting slight changes to the proposal.

Many of those suggestions centered around the agency’s proposed change to the 30-minute break requirement.

The current regulation mandates that drivers take at least one 30-minute off-duty break for every eight hours of driving time. The Owner-Operator Independent Drivers Association had asked FMCSA to remove the 30-minute break requirement, saying that “there are many operational situations where the 30-minute rest break requires drivers to stop when they simply don’t need to.”

However, if some version of the 30-minute break is going to remain, OOIDA Executive Vice President Lewie Pugh said the Association would like to see drivers have the ability to split those break times.

Candace Marley, an OOIDA member from Iowa, drove the point home, saying that the 30-minute requirement has encouraged her not to stop and take breaks more frequently.

“I want you to understand how it affected me as a company driver and now as an independent contractor,” Marley said. “Before (the 30-minute requirement) came out, I stopped every two hours. I would stretch my legs, use the bathroom, get a drink, and made sure the blood got flowing in my legs. After the rule came out, I stopped doing that.

“Like a good portion of our trucking community, I am paid by the mile. So if the wheels aren’t turning, I ain’t earning. If I’m taking a 10-minute break every two hours and a 30-minute break that is less miles I’m going. That is very important to me and my paycheck, especially now that I’m an independent contractor and paying all my expenses. I need those wheels turning, but I need appropriate breaks. … I know anyone who is a driver in here understands why we push without that break. Beforehand, I got great breaks, and now I don’t. I need those breaks back.”

Pugh also used his time to encourage the agency to do something to help prevent motor carriers from using the hours-of-service changes to coerce truckers into working longer days.

“I ask that you look at your National Consumer Complaint Database, where guys can comment about coercion,” Pugh said. “Because I know at OOIDA we have filed tons of these complaints about carriers coercing drivers. There has never been any action on any of them that we know. We hope if this goes forward and you do (allow drivers to stop the clock for three hours), one thing you will address is that site, so that if drivers are being coerced they can report it to you, and there will be action taken against a carrier that would do that do a driver.” LL

OOIDA isn’t the only group that believes the DRIVE-Safe Act has nothing to do with improving safety and is more about cheap labor for big fleets. 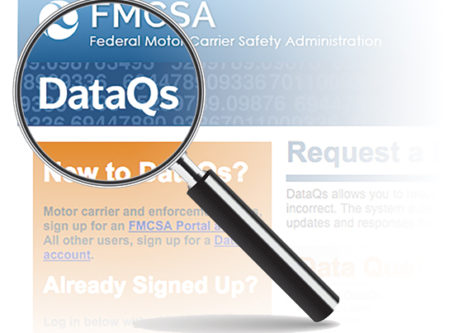 OOIDA fought for truck drivers’ rights to due process via the Data Q program during a recent Small Business Administration’s hearing.