The two most powerful members of the House Transportation and Infrastructure Committee see a lot of common ground for infrastructure improvements once the new Congress begins work in January.

Both DeFazio and Graves say the T&I committee has historically been a place where bipartisan initiatives have been able to flourish.

DeFazio says he and Graves have “lots of grounds for agreement.”

“I’m hoping this will be the Congress where we can come together, we can work with the White House, and we can pass a major surface transportation bill,” DeFazio said.

Among the priorities DeFazio says he hopes to address are a national vehicle miles traveled pilot program, infrastructure funding plans, and a proposal to tackle detention time.

“We have an inefficient system. The cost of an inefficient warehousing system gets shifted on to truck drivers. And that’s not right,” he said. “We used to have detention time before we deregulated trucking. If they made you sit there for three hours, they had to pay you for three hours, which made the system more efficient. Right now there is no cost to the shipper or the receiver, and that’s not right.

“This is probably the greatest potential cause of people driving out of compliance with hours of service,” he said. “We need to fix that.”

Along with a more efficient detention system, DeFazio says he hopes to address congestion, autonomous vehicles, and truck parking.

When the new Congress begins in January, Rep. Grave’s new role as ranking member on the Transportation Committee gives him considerable influence over trucking policy and many other factors that relate to the industry.

In his interview, Graves echoed DeFazio’s optimism for progress on an infrastructure bill.

“Traditionally the Transportation and Infrastructure Committee has always been very bipartisan,” he said. “We can all agree we want an infrastructure package, the president wants it, the Senate wants it, the House wants it, so I foresee us moving forward with that and getting something done.”

Graves says identifying an appropriate funding mechanism will be the crucial point. He points out that the current fuel tax is “regressive” and, like DeFazio, says he supports a VMT tax to help address the shortfall.

The Owner-Operator Independent Drivers Association expressed its support for both DeFazio and Graves in their new leadership positions.

“(DeFazio) is a good one for truckers,” said Collin Long, OOIDA’s director of government affairs. “He’s interested in pursuing some issues that benefit the professional driver that haven’t really been addressed under Republican control. So we’re optimistic.”

OOIDA, with headquarters in Graves’ congressional district, applauded his appointment.

“We think that Congressman Graves will continue to be a supporter of small-business truckers, and we look forward to working with him and his staff to pursue policies that are fair and equitable for our members,” said Mike Matousek, OOIDA’s manager of government affairs. LL

With a shift in party control of the House, we rank the top pet issues of lawmakers as to what will likely see action and maybe traction in 2019. 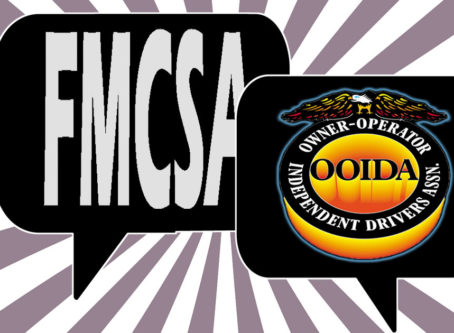