It’s November, a month for thanks and reflection. I would be remiss and completely un-American if I failed to mention the vast beauty of this country and how much I am personally thankful for the opportunity to have seen all 48 contiguous states from the window of a big truck.

I was 43 years old when I climbed into my husband George’s commercial rig to ride along for a minute while I was healing up from hand surgery. My education and background is in long-term nursing care. I took a break from nursing to get my hand fixed. What was supposed to be a quick trip across the USA and back for someone who had never been much of anywhere west of Alabama turned into a full-time career writing mostly funny stuff for and about trucking.

It was definitely a weird turn of events, hence my proclivity for strange things. The filthy lies came along after I stared into the mirror and said “counter-of-knowledge” three times in a row.

Don’t do it. Just turn left in Albuquerque, N.M., and roll on.

I should have turned left in Tuscaloosa, Ala., but I wasn’t driving and the load went east to west from Biloxi, Miss., to Otay Mesa, Calif.

A lot of the trip was notable, but my first excursion all the way across Texas involved skunks, snakes and all manner of pestilence – and that was just one rest area and a truck stop.

First of all, for the unaffiliated, the Great State of Texas is approximately 9 million miles wide.

It only took a few hours to go from Biloxi to Beaumont, but Beaumont to El Paso took about 11 months. Had to be, because we passed through every season imaginable, and all of them were hot.

The dirtiest bathroom I have ever seen was in Fort Stockton, but I promised to not talk about bathrooms or poop this time, so we won’t “go” there. I will say this location may be the nest where herptafluffalupugus germs originated during the primordial shift. I’m pretty sure I saw a pterodactyl jawbone among what can only be described as goat-birthing detritus scattered about the oleaginous floor covering.

There were no comment cards available, but I did suggest to the staff that a thorough cleansing with fire would not be adequate to attain health department standards, and bade them adieu without using the loo to poo. (Sorry. I’m poking the snake with a stick, but I wouldn’t if the snake wasn’t such a coward. Hiss.)

By the time we got to Van Horn there was more than a desire to stop at a location with facilities. There was a distinct need that had to be met, even if it required parking on the back side of the Pilot, close to the baseball field. It’s a dusty, unlevel spot of dirt where you’re just as liable to get hit with a foul ball as step on a rattlesnake. Nice place.

By this time, we had been in Texas for 10 months, three weeks and six days. Or maybe just a week, who knows? Texas is a mind-vacuum.

I’d been there long enough not to open the door and jump right out without waiting for everything the air brakes scared up from the dirt to crawl, slither or run out from underneath the truck and trailer.

That’s a cool lesson they don’t teach in trucking school. Fun fact: snakes can hang on to the berm of a trailer through rain, wind, snow and dark of night. For real. They even wear little mail-carrier skirts because they don’t have legs and can’t wear shorts. I might have just veered into the breakdown lane and off subject a little.

The point is, don’t go sticking your fool hand under a trailer to feel a tire until you’ve checked for wasp’s nest, snakes, road-kill and sausages. And I mean it this time, lefty.

Back to Van Horn.

Sure as snot, as soon as I opened my door I saw a giant rattlesnake that had cleverly swaddled itself in rancid chicken livers to appear squished and dead so I would step out of the truck and it could leap up and taunt me while it bit me repeatedly on the ears, neck, face and head.

Rattlesnakes are smart. And mean. They never miss a good taunting, believe me.

I opted to wait for George to finish poking buttons on the machine that goes “beep” so I could exit from his side and thwart the wily beast of a snake.

Like, in toilets. And showers. Which is what we were there for specifically. There was a drought in West Texas that year (so it was a regular year), and apparently Texas crickets have evolved to know that water exists at truck stops. Fun facts to know and share at the counter of knowledge, right there – jot that down.

Guess what else I learned that day?

Snakes follow the birds, who are attracted by the crickets that swallowed water from the outside faucet of a truck stop and evolved to know things only truck drivers and weary West Texas travelers should know.

There ya go. Just a big fun party full of “nope” and “oh hell no” and things you only learn on the road or on safari in the wilds of West Texas.

In the end, need won over want, and I did use the very clean and uncrickety restrooms and was very thankful for only semi-crickety showers.

The moral of the story? Invest in platform shower shoes. You can never go wrong with three inches of foam rubber separating you and the funk of hundreds, maybe millions of dirty feet and thirsty crickets.

Join us next time when we discuss building a whole new bottle instead of trying to stuff Genie back inside the old one. STFL, over and out. LL 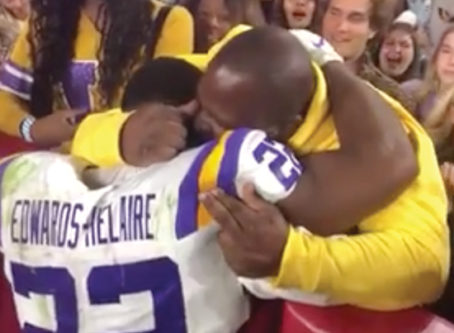 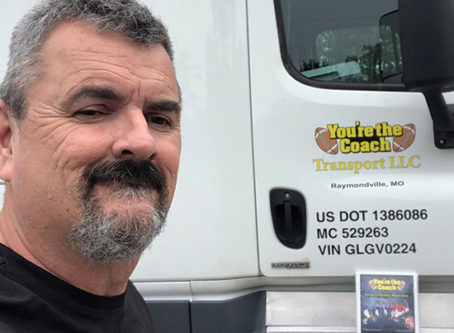 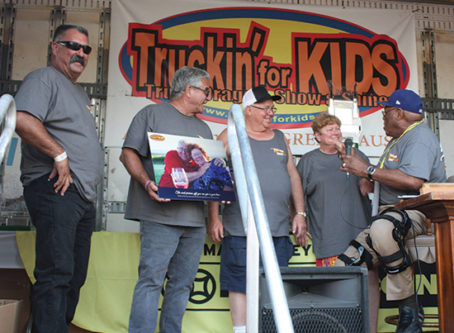