Since this is a designated safe place for strange things, I’m just gonna come out and say it.

I saw Elvis at a truck stop in Boise, Idaho. He was cooking eggs in a Denny’s kitchen, and he looked happy as hell to be doing it. I mean, who wouldn’t be happy to be cooking eggs in Boise when you’re supposed to be dead instead?

I knew it was Elvis because, well, Elvis.

Also, he had a nametag and a hair-netted coif that can only be described as magnificent. I knew he was supposed to be dead because the adults in my life were so devastated by his untimely passing in August 1977 that they canceled competition cheerleading practice.

My 9-year-old self knew it was something monumental if they canceled cheerleading practice, considering the only previously cited reason to cancel was an act of God, like lightning or tornado warnings. When I was growing up, no one really thought much about heatstroke or brain damage from dehydration – if you committed to a sport or team, you were sent to practice in the August heat of southeast Georgia with a can of cold Pepsi, kidneys be damned. No guts, no glory, and no participation medals.

So anyway, I saw Elvis a couple years ago when I accidentally walked into the kitchen at a Denny’s in Boise because I misunderstood the waitress when I asked for the restroom and she said, “Right back there, to the left,” and I went right when I got to the back there, instead of left, because I have brain damage from being sent to cheerleading practice in scorching heat with a can of Pepsi my entire childhood.

If you or someone you love fully understand that sentence, you can probably contact the law offices of Suckmoney and Slime to join the survivors of 1970s childhood class action lawsuit.

Any of these things can be considered strange.

Take your pick. But because it’s October and I’m almost obligated by law to mention spooky ghouls, we’re going to delve into the things you thought you saw out of the corner of your eye, when you were trying not to look because it was just too weird or creepy.

It’s happened to all of us. Just cruising along, minding your own business trying to get the miles done. You see a truck in your mirror, coming alongside the left side to pass. It’s been a while since you saw another driver, so you do the thing – you know, the trucker thing, where you glance over to give the nod and if you have a shifter you happen to be resting your right hand on, you do the little two-finger peace wave.

The truck goes on by, you settle back into the rhythm of the road and say to yourself, “Self, this sounds crazy but I’m pretty sure that driver was wearing a ‘Creature from the Black Lagoon’ mask.” And you consider grabbing the CB to ask, but you really don’t want to know, so you don’t.

Never fear, driver. You’re not crazy. Fact is, truck driving is and has been one of the most common jobs in America for many years. And just like Elvis, more than one cryptid superstar had humble trucking beginnings.

Leonard Lagoon, more commonly known by his CB handle, “The Creature,” may indeed have been spotted recently, as rumor has it he’s returned to trucking after being replaced in Hollywood by an autonomous robot. Lenny began his driving career to support a large family of tadpoles long before he was ever famous. He literally “fell into” the original role of Creature from the Black Lagoon when he stopped to cool off his gills in a remote Florida water hole he parked at to rest between Tallahassee and Sopchoppy on a Vidalia onion run.

Of course that was back in the day when a driver didn’t have a lot of showers accessible or things like electronic logging devices. Sources close to Lenny say he’s having a helluva time adjusting to a time clock, and the ol’ boy burns through shower credits like a, well, a swamp creature. (No offense, Lenny.)

According to archived employment records, Harold “The Wolfman” Oliver was a model company driver until they put him in a Cascadia with a custom moonroof.

What was meant by corporate to be a gesture of goodwill became the reason Harry Oliver left trucking to return to his ancestral home in Wales and subsequently became a famous furry monster.Just like humans, there have been wash-out drivers in the supernatural realm. Dracula almost burned the entire West Memphis Pilot to the ground when he inadvertently hopped into a Sunburst coffin-sleeper and went up like a keg of dynamite.

The Mummy was arrested in Wyoming at the port of entry when he was asked for his log book and handed the scale master his 14-hour hourglass and an abacus. Things were further complicated when it was discovered the rare Egyptian scarabs he sent forth in legion to avenge his fate were actually spotted lanternflies. Needless to say, Mr. Mummy is in a world of trouble and likely to never drive legally again.

So sit back drivers and rest assured that most of the weird things you think you see are probably what you thought you saw. Join us next time for in-depth coverage of the rat race, directly from the track. STFL, out. LL 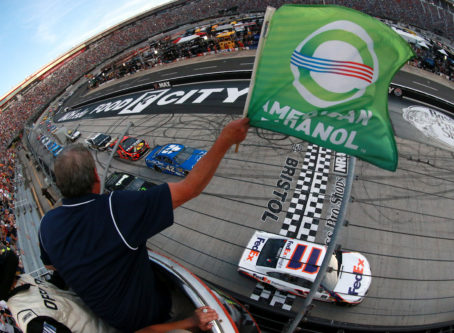 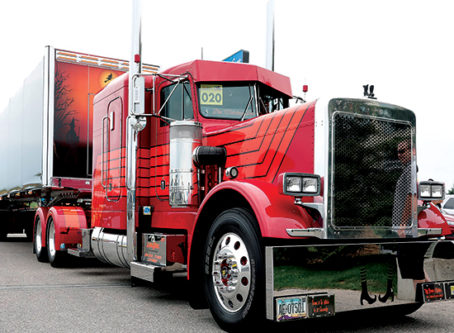 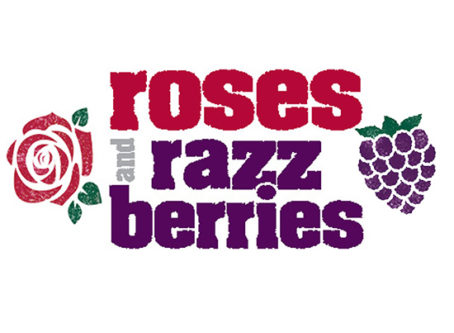 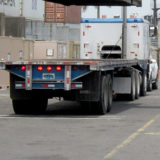