Despite media reports to the contrary, a recent opioid bill signed into law by President Donald Trump doesn’t mean truck drivers will be required to submit to hair testing for controlled substances.

Health and Human Services confirmed with Land Line on Nov. 8 that the bill required the agency to provide a status update on hair testing guidelines. HHS also confirmed that when and if guidelines are created the U.S. Department of Transportation would still have to go through the rulemaking process before hair testing would become a requirement for truck drivers.

The request for hair testing guidelines was originally part of the 2015 FAST Act.

If and when HHS institutes guidelines for hair testing, there would be more steps before hair testing became a reality for truck drivers.

The DOT “would have to issue a notice of public rulemaking before they could test using hair,” HHS wrote in an email to Land Line.

The Owner-Operator Independent Drivers Association said there is still a long way to go before hair testing would be a mandate.

“This isn’t inevitable,” said Collin Long, OOIDA’s director of government affairs. “The challenges with hair testing haven’t changed. The testing is still unreliable. How do you prove with hair testing that someone ingested a drug instead of just being exposed to it. This is a hurdle they still have to overcome.”

Urinalysis satisfies the current drug and alcohol testing requirements by the Federal Motor Carrier Safety Administration. However, many large fleets currently require their employees to undergo hair and urine testing. The American Trucking Associations and Trucking Alliance have pushed for FMCSA to require hair testing as a method for detecting the use of a controlled substance.

The Owner-Operator Independent Drivers Association says there is no evidence to support the allowance of hair testing.

“The Trucking Alliance has yet to demonstrate that they have experienced a reduction in crash rate since their voluntary adoption of hair testing,” the OOIDA Foundation wrote in its one-pager on the topic. “Neither have they presented evidence showing that their hair testing labs meet the rigorous standards of scientific methodology for testing or that their hair testing equipment and protocol has been consistent and unbiased.”

OOIDA also said it is concerned about false positive readings and a lack of criteria to distinguish between drug use and environmental contamination, as well as limitations that come along with a person’s age, sex, race and hair types. Some research points to higher drug failure rates in hair testing for individuals with darker hair colors.

In an opinion article for The Hill published last year, Ivan Espinoza-Madrigal of the Lawyers’ Committee and Larry Willis of the Transportation Trades Department wrote that hair testing for controlled substances isn’t accurate.

“Imagine being denied work – not because of your qualifications or work history, but because a drug test required for employment comes back positive for a drug you never used,” the article stated. “Now imagine learning that the test result could have been influenced by the color and texture of your hair. Sadly, this isn’t a plot of a sci-fi movie.

“Hair tests can lead to false positive results because certain drugs – like cocaine – which are found on common surfaces, including dollar bills, can be absorbed into hair. There is currently no way to fully cleanse hair of these drugs.” LL

Even though the Environmental Protection Agency hasn’t given up on the measure.

Even in the summer, when prices typicall begin to fall, diesel has been approaching four-year highs. Is this a trend indicative of where 2019 is headed? 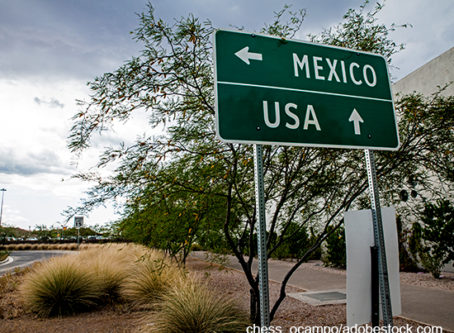