As the new year approaches, OOIDA is focused on providing truckers with information on important legislation during the coming year. In the next few months, state lawmakers from all corners of the country will rapidly add to the list by offering new bills.

Not all of them will be covered on these pages, but readers will be able to find many bills of significance to their trucking business. Here’s our roundup of noteworthy issues addressed by governors in recent weeks and the latest activity on other notable efforts.

Visit LandLine.Media for a complete rundown of state legislation.

Gov. Gavin Newsom has vetoed a bill to sell $5 billion in bonds over two years to boost the state’s roadwork program.

SB1351 called for creating a subaccount in the State Highway Operation and Protection Program to manage a four-year, $18 billion list of repair and maintenance projects.

The governor has signed into law two bills of note.

SB288 is intended to get people off of the state’s roadways.

The new law will speed up projects considered to be “sustainable.” Specifically, transit projects will be exempt from stricter review under the California Environmental Quality Act.

AB1426 prohibits the construction and funding of a toll road through San Onofre State Beach. The new rule addresses concern about completing the southern-most extension of Route 241.

Additionally, the new law bans any new roads in the area.

HB4395 would eliminate the requirement. Essentially, slower drivers in the left lane of roadways would be required to move right even when they haven’t been honked at to move over.

A separate bill would revise how the state observes the 85th percentile speed rule – the speed at or below which 85% of vehicles travel in free-flowing traffic.

Michigan law states that speeds on state and local roads be rounded to the nearest multiple of 5 mph.

HB4733 would free up the state to round down when necessary. Additionally, local governments would have authority to deviate from the 85th percentile rule in certain instances.

One more bill would do away with the requirement for drivers to get annual license plate tabs.

HB5250 would also do away with a rule for drivers to have in their vehicle a paper or electronic copy of their registration certificate. Instead, law enforcement officers would be required to access the necessary information on the Law Enforcement Information Network.

A bill on the move would adopt a federal weight exemption for electric battery-powered large vehicles.

The state of Pennsylvania now authorizes affected vehicles to weigh up to 80,000 pounds.

The FAST Act passed by Congress in 2015 raised the weight limit for electric battery-powered tractor-trailers to 82,000 pounds. The rule authorizes states to act to raise the weight on interstates within their borders.

SB845 would increase the maximum gross vehicle weight for commercial vehicles powered by electric battery power by 2,000 pounds to 82,000 pounds.

Pennsylvania statute requires all drivers to slow down and to move into a lane not adjacent to an emergency response area anytime an emergency vehicle has its lights flashing and where road crews or emergency personnel have lighted flares, posted signs or try to warn travelers. The maneuver is required when possible.

If motorists are unable to move over because of traffic or other conditions, the rule states they must reduce their speed. Offenders face fines up to $250.

SB1281 would require drivers approaching an emergency response area who are unable to safely merge into a lane further away from the affected area to travel at a speed at least 20 mph less than the posted limit.

A new point system would be implemented for violations. Additionally, fines would be doubled for a summary offense. LL 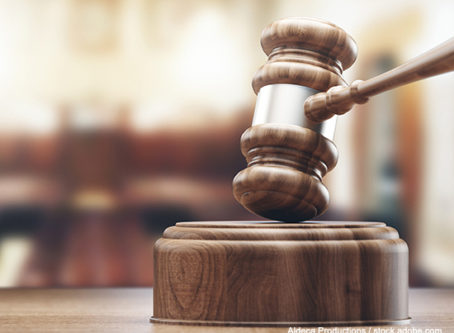