Testifying in front of the U.S. House of Representatives Highways and Transit subcommittee, OOIDA President and CEO Todd Spencer didn’t mince words when discussing the current state of the trucking industry.

“Unfortunately, trucking has been fundamentally broken for years, and conditions show little signs of improving,” he said.

The only way out, Spencer told lawmakers, is to start recognizing the vital role truck drivers perform for the industry.

“Until Congress understands the most important component in trucking is the driver, very little will change,” Spencer wrote in his submitted testimony. “The next steps you must take are clear – help make trucking an appealing, safe and sustainable career.”

The OOIDA president was one of eight witnesses to testify at the June 12 hearing titled “Under Pressure: The State of Trucking in America.” Spencer focused on informing lawmakers about the hardships and challenges truckers face every day and asking Congress to recognize that many trucking regulations do little or nothing to improve highway safety.

“Our members typically spend roughly 250 nights on the road each year, keeping them away from family, friends and the comforts of home,” Spencer wrote. “They often work between 60 and 80 hours each week – a demanding schedule that is rarely reflected in their paychecks. Some even make less than minimum wage as a professional driver.”

The challenges for the American truck driver don’t end there, according to Spencer.

Spencer went on to tell lawmakers that truck drivers have to deal with excessive regulations that do not promote safety, dishonest brokers, detention time, and a lack of safe places to park.

All this while being the people who allow America’s economy to keep moving.

“While the life of every American is intrinsically dependent on the work of truckers, they are widely treated as nuisances by the motorists with whom they share the roads – motorists who are far more likely to be responsible for a crash involving a commercial motor vehicle,” Spencer wrote. “Things that many of us take for granted, such as the ability to access basic amenities and to park and rest in a safe location, are daily challenges for our members.”

According to the U.S. Bureau of Labor Statistics, the median pay for heavy-duty truck drivers was $43,680 in 2018. While that equals $21 per hour based on a typical 40-hour work week, it must be noted that it is not uncommon for a trucker to work 80 hours in a week. As truck drivers are exempt from overtime pay, the hourly rate for an 80-hour week drops to $10.50. To put it in perspective, food and beverage workers are paid an average of $10.45 per hour.

“There is a growing recognition that the way drivers are compensated – by the load or mile, not by the hour – is a problem,” said Del. Eleanor Holmes Norton, D-D.C. “Drivers face increased pressure to deliver goods … many factors are beyond their control. For example, congested roads and delays at shipper facilities.”

In direct relation to driver pay, detention time is a big issue for truck drivers. Many truck drivers spend hours every week waiting to be loaded or unloaded while receiving no compensation for that time.

“It is a monstrous problem that has actually cost trucking as much as $3 billion a year,” Spencer said. “The way it works out it means that driver workweeks are always going to be 70-80 hours and sometimes more. They are not always working all of those hours, but their time is being controlled by others. The biggest bandits are shippers and receivers, and I should point out that some of them actually have the gall to charge drivers for late deliveries.”

Chase recently received a firsthand account of the problem.

“It struck me as I went on a ride-along, and we were sitting there waiting for the load to arrive and be loaded, that I was getting paid and the driver was not,” she said. “There was some irony there.”

Spencer expressed to lawmakers that more regulations do not lead to more safety on the highways. At one point, Spencer picked up a copy of the 700-page Federal Motor Carrier Safety Regulations Handbook to give lawmakers an idea about how many regulations truck drivers are forced to follow. However, the regulations have not led to a decrease in fatality crashes. Spencer used the electronic logging mandate as an example. In January, a preliminary study revealed that the ELD mandate has not reduced crashes.

“Looking at what the data shows, there is a disconnect between compliance with the regulations and improved safety outcomes,” Spencer said. “Most of the regulations that are enforced that make up CSA (Compliance, Safety, Accountability scores) have nothing to do with safety, but that has been the focus.

“The rigidity of the regulations sometimes force drivers to do things they don’t want to do.”

Several members of the panel agreed that increasing pay is a good place to start in the effort to keep experienced and safe drivers on the road. The turnover rate for large motor carriers has consistently been 90% or more.

“The reasons drivers stay are because of pay, benefits and working conditions,” Spencer said. “The reasons they leave are for the lack thereof. Many of the regulations that are on the books today hold drivers responsible for everything that could possibly go wrong, but none of those really address the frustrations about the lost time that drivers will spend in shipping and receiving facilities. We’re talking about anywhere from 10 to 45 hours per week. That puts the workweek for a truck driver to 80 or sometimes more hours a week.

“When someone is considering a career, do they take one that works 40-45 hours a week and you’re home or one that’s 80 hours or more with you being away from home and you don’t make more money? I don’t think that’s a real tough decision … We have to address the economic issues for drivers, how they are paid and the quirks that allow them to work unlimited hours without any kind of overtime compensation.” LL 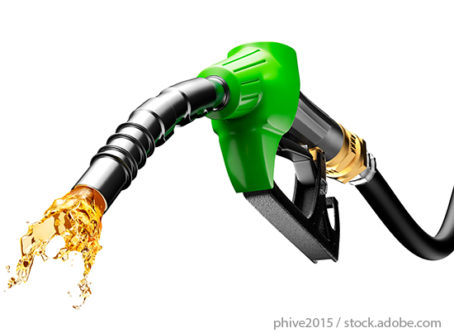