Several stakeholders have put in their predictions about autonomous trucks over the past several years, ranging from good news to bad. The latest autonomous truck outlook by McKinsey and Co. reveals a bright future for logistics companies – assuming you are not a long-haul truck driver.

In its analysis on the effects of autonomous trucks in U.S. logistics, New York City-based international consulting firm McKinsey and Co. predicts a future that will make CEOs happy. Among the many “disruptions” the technology will cause, operating costs could decline by as much as 40 percent with full autonomy, according to the report. McKinsey estimates this will save the for-hire trucking industry between $85 billion and $125 billion.

The report refers to a lack of drivers, hours-of-services regulations, and electronic logging devices when discussing the capacity crunch.

“Runs that used to take a single day now take two, effectively limiting the supply of driver hours and decreasing available capacity,” the report explains. “Difficult working conditions and stiff competition have resulted in annual attrition rates near or exceeding 100 percent, which have resulted in increased cost for carriers and rate increases for shippers.”

As detailed in the timeline below, labor costs will drop significantly from $85 billion to $61 billion. However, McKinsey states “that doesn’t necessarily mean bad news for today’s drivers.”

Backing that claim, the report explains how long-haul trips, “which are the least popular among commercial drivers today,” will be the first to go with autonomous trucks. However, this will create growth for local driver jobs as they will be needed to pick up autonomous trucks off the highways and to their final destination and back.

Referring back to hours of service, McKinsey points out that human drivers are limited to driving 11 hours each day. Conversely, an autonomous truck could drive 20 hours a day, moving freight faster and more flexibly.

What about owner-operators? More bad news.

“(Autonomous trucks) might cause a greater share of the market (particularly the long-haul portion) to consolidate in the hands of the big trucking companies at the expense of owner–operator companies and other small companies,” the report says.

To start, a network of garages and shops will be needed to maintain trucks and perform simple roadside maintenance. As the report points out, only the largest trucking companies are in a position to build this type of network.

McKinsey also mentions the wealth of data that will be collected from autonomous vehicles. This is data that cannot be maintained as efficiently with an owner-operator compared to a large fleet.

Also, only the larger fleets will have the resources to hire local drivers once platoons exit the highways.

“These factors suggest that the current full-truckload industry structure, in which about 90 percent of all carriers have fewer than 10 tractors, will come under pressure,” the report says.

Like others have attempted to predict, McKinsey’s report includes a timeline of when the industry can expect to see the progression of autonomous trucks, which includes four waves.

Within seven to 10 years, McKinsey sees a future of autonomous trucks on interstates without drivers and platooning two or more trucks when possible. Drivers will drop off trucks at dedicated truck stops. It is worth noting that this technology is considered Level 4 autonomy. Today, Level 3 autonomy does not exist within the U.S. market and is only being deployed in testing situations.

This third wave, referred to as “constrained autonomy,” will be dependent on favorable weather and visibility conditions, as well as availability of needed infrastructure. A cost savings of 20 percent is predicted for this wave.

Looking ahead past a decade from now is when McKinsey predicts the adoption of fully autonomous trucks, which includes no driver during all points of a delivery. If this were to become reality, McKinsey estimates this will cut total-cost-of-ownership roughly in half. However, McKinsey acknowledges that “full autonomy is a long way off.” LL 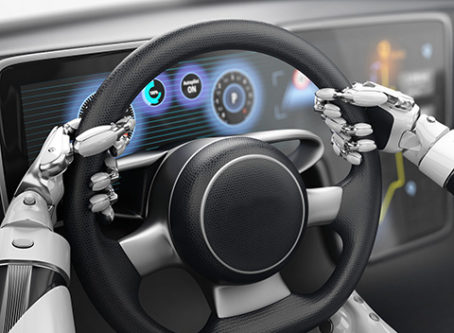 Autonomous vehicles are a really big deal – at least as far as news coverage is concerned. Major media outlets like The New York Times now have beats on it. 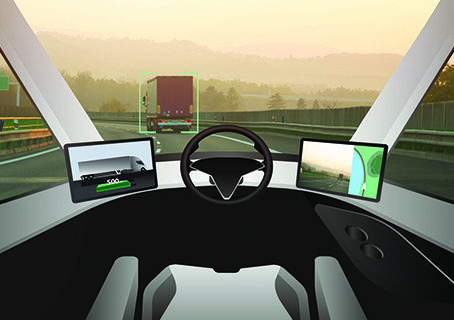 Not everyone is happy about autonomous vehicles. Some people in Tempe, Ariz., are so upset by self-driving test cars, they’re taking action.

Shell Rotella has developed a comprehensive line of lubricant grease products designed to protect and meet the challenges of life on the road.