A recent House hearing highlights the longtime trope the railroad industry tries to use to move freight off of trucks and onto railroads.

On Dec. 5, the House Highways and Transit subcommittee held a joint hearing with the Railroads, Pipeline and Hazardous Materials subcommittee titled “Where’s My Stuff? Examining the Economic, Environmental and Societal Impacts of Freight Transportation.”

Although the topic was freight in general, the main focus for many of the witnesses was centered on the alleged benefits of using rail instead of trucks for delivering goods.

One argument for rail freight is based on the idea that it is more environmentally friendly. In submitted testimony, Chuck Baker, president of the American Short Line and Regional Railroad Association, explained why he believes truck freight should be replaced with rail.

“Railroads are the most fuel-efficient way to move freight over land – three to four times more fuel efficient than trucks,” Baker said.

Baker cited Environmental Protection Agency numbers that show that of the greenhouse gas emissions from transportation – cars, light trucks, motorcycles – account for 60.5%. Trucking accounts for 23.1% and aircraft for 9.1%. Meanwhile, freight rail accounts for only 2% of emissions.

“If just 10% of the freight that moves by the largest trucks moved by rail instead, fuel savings would be more than 1.5 billion gallons per year and annual greenhouse gas emissions would fall by more than 17 million tons — equivalent to removing some 3.2 million cars from the highways for a year or planting 400 million trees,” Jefferies stated in his written testimony.

Jason Mathers, director of Vehicles and Freight Strategy for the Environmental Defense Fund, said new EPA greenhouse gas emissions standards for trucks are not doing enough. He pointed out the benefit of using rail instead, but Mathers also offered solutions to keep trucks on the road.

Those solutions are more stringent emissions standards. In her opening statement, Del. Eleanor Holmes Norton, D-D.C., emphasized the need to move trucking to zero emissions. Rep. Peter DeFazio, D-Ore., echoed that sentiment. If trucks want to compete with rail, expect big changes when it comes to emissions standards, as Congress appears to be ready to strengthen those rules.

Currently, the EPA is taking applications for approximately $44 million in grant funding under the Diesel Emissions Reductions Act national grants program. The program is soliciting applications nationwide for projects that achieve significant reductions in diesel emissions and exposure, according to EPA’s website.

While the federal government is merely discussing zero-emissions trucks, eight states and the District of Columbia vowed to have trucks and buses reach zero greenhouse gas emissions. On Dec. 12, environmental agencies for California, Connecticut, District of Columbia, Maine, Massachusetts, New Jersey, Oregon, Rhode Island and Vermont all signed a statement of intent to have medium- and heavy-duty vehicles in their state reach zero emissions.

In addition to the environmental arguments, railroad stakeholders claim that rail freight is still more economically feasible compared with trucking.

Baker claims that railroads lower transportation costs for local shippers since one railcar holds the equivalent of three to four truckloads’ worth of goods, in addition to the above-mentioned fuel savings. Baker used an example of a shipment in Oklahoma.

“The cost of moving a ton of freight 95 miles from Clinton to Enid, Okla., is $2.24 per mile on the railroad versus $3.75 per mile for comparable truck service,” Baker testified. “That level of savings can be cited with most short lines across the country and is a very meaningful number for the businesses we serve, which lets them compete effectively in both the domestic and global markets.”

Jefferies cited numbers that estimate what would happen if all truck freight was moved to rail.

“Several years ago, the American Association of State Highway and Transportation Officials estimated that if all freight rail traffic were shifted to trucks, rail customers would have to pay an additional $69 billion per year,” Jefferies said. “Adjusted for increased freight volume and inflation, it’s probably close to $100 billion today.”

Trains do not use roads. Therefore, moving trucks to rail will alleviate traffic congestion. That was the argument several witnesses made during the hearing.

“A single freight train, though, can replace several hundred trucks, freeing up space on the highway for other motorists,” Jefferies said.

Baker used that same argument to supplement his environmental concerns, noting that not only will removing trucks reduce greenhouse gas emissions but at the same time open up the roadways.

One federal grant invested in the replacement of a strategic short line bridge in Indiana. According to Baker, that investment “prevented over 45 million truck miles from being added to the regional road network over a 20-year period” saving “over $11 million in truck traffic costs through avoided emissions, accidents, congestion and local road damage.”

While the federal government continues to struggle with establishing any major infrastructure funding, railroad stakeholders had some good news for them.

“America’s freight railroads operate overwhelmingly on infrastructure that they own, build, maintain and pay for themselves,” Jefferies said. “By contrast, trucks, airlines and barges operate on highways, airways and waterways that are almost entirely publicly funded.”

If we move truck freight to rail, there would be less wear and tear on the roadways, too, he said.

Should truckers be worried about long-haul freight moving to rail? As much as the railroad industry would love that scenario, it seems unlikely.

If moving bulk freight is more economically feasible, companies are already doing just that. This isn’t some new revelation. Although cheaper by the mile, other costs come into play that make trucking more attractive.

But let’s entertain the idea that rail is economically more feasible compared with all truck freight. Even if that were the case, the railroad infrastructure would collapse under the weight, metaphorically and perhaps quite literally.

To start, the huge supply and demand of freight from trucks will far outweigh the supply of available rail cars.

According to American Society of Civil Engineers’ Infrastructure Report Card, regional (Class II) and short line (Class III) railroads simply do not have the infrastructure to support a massive increase in freight. Although the seven large Class I railroads pay for their own infrastructure, the 21 Class II and more than 500 Class III railroads still rely on federal, state and local dollars.

In order to keep up with demand, railroads have increased carrying capacity by using double stack containers and heavier carloads. Funding the maintenance and upgrades to the rail infrastructure to handle 286,000-pound rail cars has been a struggle for Class II and Class IIl railroads.

“In 2013 the Federal Railroad Administration estimated that Class II and III railroads would only be able to invest $1.6 billion out of a needed $6.9 billion over the following five years to maintain, modernize, and expand capacity,” ACSE states in its report.

Trucking had at least one ally on the witness panel during that December House hearing.

Dr. Anne Goodchild, founding director of the Supply Chain Transportation and Logistics Center at the University of Washington, used today’s e-commerce environment as a reason to support trucking.

More specifically, Goodchild explained that the need for one-, two- and even same-day delivery by consumers is placing a heavy demand on freight delivery. In the past, shippers would wait for more orders to send out fully-loaded trucks. Now, trucks are sent out as soon as possible to meet delivery demands.

Trucking will not be consumed by the rail industry. If it were such an accessible silver bullet to moving freight efficiently, environmentally friendly and in an economically advantageous way, shippers would already be capitalizing on it.

Although rail has associations that will take the opportunities to plead its case before Congress, so does the trucking industry, with groups like the Owner-Operator Independent Drivers Association.

OOIDA’s Washington, D.C., team is in the trenches of any war on trucking at the federal level. These foot soldiers are at the frontlines to make sure the needs of truck drivers are being represented and fought for.

“Competition for freight among the various modes of transportation is extremely high,” said Collin Long, OOIDA’s director of government affairs.

“In Washington, each mode tries to shape legislation in a manner that promotes their interests, and trucking is no different. Our team in D.C. spends every day on Capitol Hill making sure elected officials develop policies that enable small trucking businesses to excel. That regularly pits us against the other modes, but in some cases, such as keeping bigger and heavy trucks off the road, we’ll work with representatives from rail to achieve mutual goals.” LL 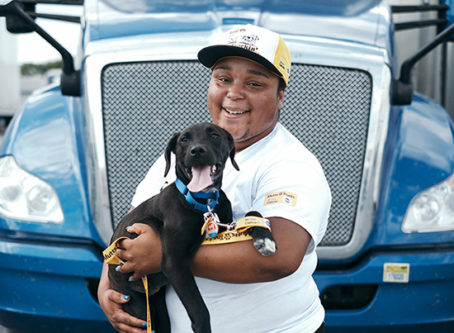 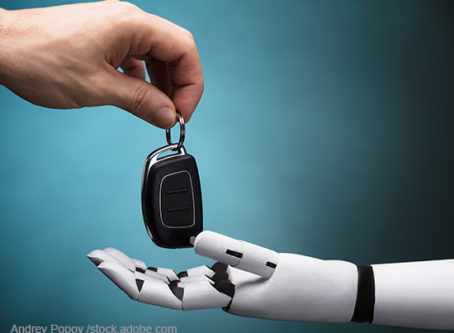 What happens to drivers in the future of trucking?

Noёl Perry, the chief economist for Truckstop.com, gives his thoughts on automation and the future of the trucking industry.