In order to justify tolling heavy-duty trucks, proponents often cite an obscure statistic from a GAO study that a single “tractor-trailer has the same impact on an interstate highway as at least 9,600 automobiles.”

It is important to understand the origins of this myth, as the data behind the phrase originates from the highly regarded American Association of State Highway Officials (AASHO) Road Test, what is now the American Association of State Highway and Transportation Officials (AASHTO). The Road Test was “to study the performance of pavement structures of known thickness under moving loads of known magnitude and frequency.”

Construction for the Road Test began in Ottawa, Ill., in August 1956. The project consisted of 7 miles of two-lane pavement. The 836 test sections used a wide range of surface, base and subbase thicknesses, and included 16 short-span bridges.

Test traffic began on Oct. 15, 1958, with the Department of Defense providing heavy vehicles and drivers. The AASHO Road Test ended Nov. 30, 1960. The majority of test sections were deliberately underdesigned in order to achieve pavement failure, while the other sections, built according to the modern standards of the day, held up under thousands of axle loads.

The intent of the study was to help engineers determine load-related pavement requirements with the test data establishing the relationships for pavement structural designs based on expected demand over the life of a pavement. The data from the Road Test helped to create a standard value for axle weights, called “equivalent single axle loads,” or ESAL. An ESAL represents an 18,000-pound single-axle load, which is assigned a value of 1.00.

To get down to the nitty gritty of how they arrived at the 9,600 number, you need to do the math.

However, it is not that simple as there are several other factors to consider other than ESAL equivalency. First, we must consider the two types of pavement, flexible or rigid. Modern designs use flexible pavement, which lowers the ratio to approximately 800 to 1,000 cars per single truck. Moreover, if engineers design the roadway properly, considering both the depth and type of concrete, the pavement will be more durable as one additional inch of concrete slab would allow for twice the demand without lowering the life of the highway.

The Transportation Research Board stated, “When a highway is properly designed … it will not be damaged by the traffic it is designed to support.” Thus, the pavement damage is not because of heavy-trucks but because the state or federal builders did not design the highways correctly. The reason for the excessive damage is more likely because construction companies use less concrete and less flexible concrete slabs than the infrastructure needs.

Other factors to consider for pavement wear seldom mentioned are:

While it may cost more upfront, if you build it right it’s less expensive in the long run. LL 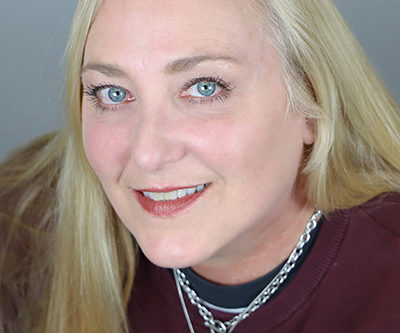 Congress adopted in 1784 this 13-letter Latin phrase as part of the official seal of the United States of America. Although never codified, E Pluribus Unum was the unofficial national motto until 1956, when “In God We Trust” was signed into law by Dwight D. Eisenhower. Sometimes translated as, “From many, one,” each of the […]

Dec. 30, 2004 Following a three-day trial earlier that year, a federal judge ruled in favor of OOIDA and more than 600 drivers in a class action lawsuit against Ledar Transport. The court concluded that the company violated truth-in-leasing regulations. Jan. 3, 2005 In response to a petition from OOIDA, FMCSA announced that it would […]