A trio of OOIDA members share their insights on hauling dump, dirt and trash.

When asked if she’s the “C” in CJ’s Trucking, Christy Goucher laughs and says, “I’m the everything.”

The OOIDA member from Stover, Mo., isn’t stretching the truth either. Although she mostly runs the office operations for her family’s dump trucking business, she also has a CDL and has been known to hop into the cab when the mood strikes.

Mostly, she leaves the over-the-road hauling to her 25-year-old son, Anthony Goucher. The business is a family affair, employing Christy, Anthony, her son-in-law, her husband’s best friend, and, as soon as she passes her CDL exam, a niece.

The family has owned dump truck businesses off and on for the better part of 20 years.

“There’s no use in working for somebody when we can be making more money for ourselves,” Goucher said.

Her fleet is mostly older Freightliners, and they’ve got a few flatbed trailers in addition to some end-dumps and some grain trailers, for when the weather turns bad.

“If you can’t pay for it and bring it home, then you don’t need to have it,” she said. “And just because they’re older doesn’t mean squat. We try to keep them in good working order. Everything we own is paid for. Which a lot of people can’t say that. Makes a big, big difference in overhead.”

They usually run the dump trucks within a 100-air-mile radius of the headquarters in Stover, in central Missouri, or the same radius from their terminal in Odessa, Mo., east of Kansas City.

She said she uses her OOIDA membership to take advantage of the Association’s Drug Testing Consortium, for help on her 2290 tax forms, and even the Truckers Advantage fuel card. But she’s also found that anytime she needs help, she can call for advice.

“OOIDA has always been there to help and answer questions,” she said. “I really enjoy the people there.”

If you’re thinking of transitioning to a dump truck operation, Goucher says be ready for the stress that comes along with it. The best advice she can offer is to always remember that if it goes up, it can always go over.

Playing in the dirt

Johnny Deramus says it took a long time for him to make any money in the dump truck business.

Deramus said he’s been driving dump trucks since he was 18, working for his father. He went broke with his first trucking company and decided he needed to learn more. From there, it was a construction job, which led to driving truck for that company, and then a series of different trucking jobs, pulling tanker, dry box, and even hazmat. He turned to over-the-road trucking to support his wife and three children.

The common thread: “Not a whole lotta money” in any of them.

Eventually, his wife Laura went back to school, graduating at age 40 with a degree to be a dental hygienist. He credits her resolve with inspiring him to give the dump truck game one more go.

“She’s the reason I have what I have today,” said the OOIDA senior member from Orangefield, Texas.

And he promised himself that this time he was going to do it differently.

“My motto was,’ I wasn’t working for nobody,’” he said. “I was gonna get my own jobs. Because everybody you work for takes the profit out of it.”

He opened a “dirt pit” near his home and began offering a 60/40 mix of sand and soil to use in the foundation pads of new home construction in the Gulf Coast.

He’s got three trucks right now, all “older equipment,” including a 2013 Peterbilt glider kit that he bought from Fitzgerald’s in Tennessee, taking advantage of a discount the company was offering OOIDA members.

“No ELD on the road, and no regen and all that stuff,” he said.

For a while, the Pete was hauling crude oil, and then oilfield cuttings until the work dried up due to the coronavirus pandemic. He’s since leased the truck and his driver on with a bulk carrier.

His “daily driver” is a 1996 Kenworth T800 tandem axle dump truck, capable of hauling around 13 tons.

For him, the biggest differences in driving a dump truck versus driving over the road are the money and the home time.

“When I was running my big trucks under my own authority, I’d get in and run one of them in the winter, when it’s slow. But now, I don’t want to live out of a truck anymore.”

In addition to the equipment discount, Deramus said he uses his OOIDA membership to take advantage of the Association’s Drug Testing Consortium for his drivers, and as a resource where he can call and get his questions answered.

“All my drivers are members, too,” he said. “I use (OOIDA) quite a bit just for calling and making sure I’m in compliance when I hire drivers. They’ve given me a lot of information over the years, like what I had to have for a DOT audit.”

For a driver considering switching up operations, Deramus has two related pieces of advice: Live within your means, and keep your credit score up.

“Just because you got a big paycheck doesn’t mean you’re going to get two of them,” he said. “My advice to anybody is, ‘Don’t sign on with anybody.’ Get your own work. Pay your damn bills. If you don’t keep your bills paid and keep a good credit score, it’s hard to stay in business.”

‘People are always going to have trash’

After driving over-the-road for 19 years, life member Gary Green went to work for OOIDA. Fast-forward another 19 years, and the OOIDA board member is back behind the wheel, mostly driving end-dump for his daughter’s company, Flatland Excavating in Lansing, Kan.

“I wanted to help her out,” Green said, explaining why he got back into the cab. “They’d just gotten into excavating and end-dump work.”

In the seven years he’s been there, Green says the company has since “graduated from that into hauling construction and demolition debris to landfills. They still haul dirt too, depending on the time of year.

“When the weather changes, it’s dead for dirt, but the construction demolition debris is year-round,” he said.

He’s usually driving either a 1999 or a 2000 Kenworth tractor pulling a push out trailer.

The biggest change he’s noticed about this segment of the industry is the way brokers have pushed their way in.

The biggest adjustment for those thinking about transitioning from long-haul to this type of short-haul operation? Be prepared to do a lot of city driving.

“You’re talking about 400 to 450 miles in traffic, all day,” he said. “It is exhausting. The biggest thing you deal with is inattentive driving from other people. It’s unbelievable.”

Green said the most outrageous example of inattention he’s seen was a guy reading the newspaper while going down the road in Kansas City.

“Rush hour is terrible,” he said. “It’s not so much stop-n-go, but they absolutely are doing everything but driving … When I was taught to drive, my dad said, ‘When you’re driving you just drive’ … People just don’t do that anymore.”

His advice to someone looking to try their hand at this specialized sector is: “Know who you’re dealing with.” It’s advice he readily admits has broad application throughout trucking.

“There’s lots of work, but lots of people undercutting the rate,” he said. “They’ll tell you, ‘Oh, we’ve got all the work in the world,’ and they do, until it’s gone. Then you’re hunting work, and your payments (on equipment) are still coming.

“Be careful with who you’re hooking up with,” he said. “That’s good advice for any outfit. You better know what you’re doing and who you’re getting in business with.”

The one thing he wasn’t expecting when he started was how often he’d be changing tires.

“You’ll learn to change a tire if you get into demolition work,” he said. “(In the last week) I did five tires. Had to break down and replace three and fix two. It doesn’t happen very often but when it does, it’s a bear.”

If you’re somebody who’s wanting to haul local, Green says the three best jobs are running an end dump, debris and trash, or hauling dog food. 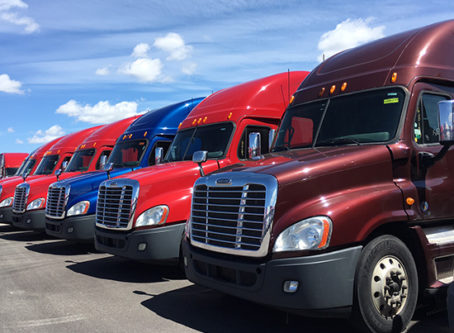 Do your homework before entering the market. 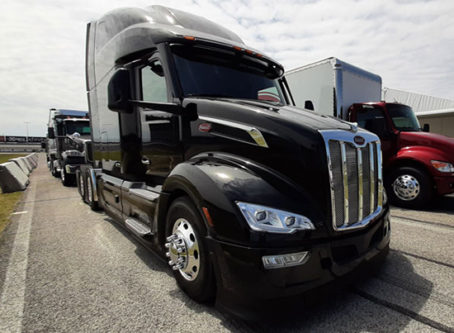 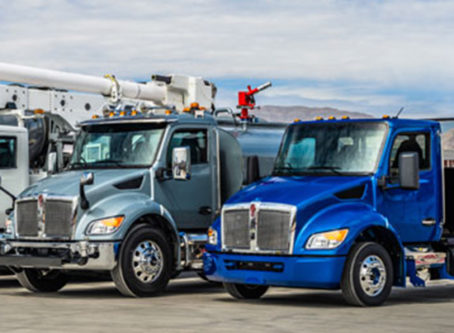 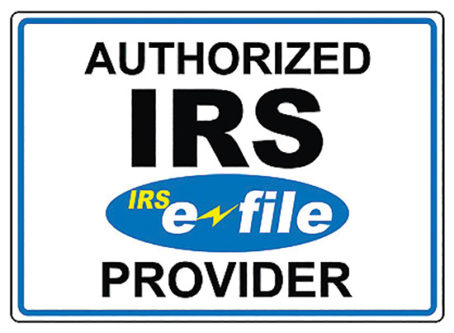 There are many websites offering 2290 services, but are they trustworthy? 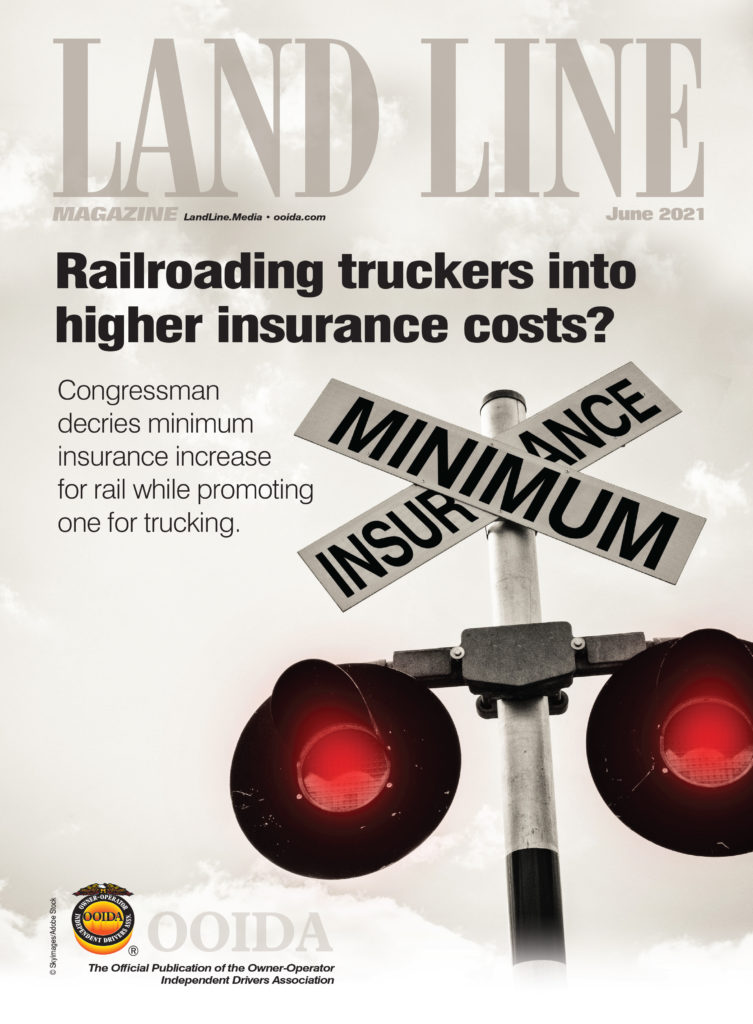