Whenever there is a high-profile, truck-involved crash, mainstream media is plagued with erroneous information from various groups pushing a certain agenda. A recent crash in Colorado on Interstate 70 is no exception, evoking calls for mandatory speed limiters.

Among the groups using the isolated tragedy to support its agenda is Road Safe America. According to its website, the group advocates for legislation that would, among other things, require speed limiters to be set at 65 mph.

Steve Owings founded Road Safe America after his son was killed in a truck-involved crash. The truck was going 8 mph over the posted limit using cruise control. Road Safe America has an emotional investment that people can understand. When something tragic happens to a loved one, our emotional response is to do something about it. In Road Safe America’s case, it wants to prevent this from happening to someone else by way of passing safety legislation.

Road Safe America claims that had that truck involved in the Colorado crash been speed limited the crash would have been prevented or significantly reduced the injuries and deaths. It’s worth noting that the truck was going 85 mph.

In an op-ed published in the Denver Post, Road Safe America cites a Texas A&M Transportation Institute study which found that “‘speeding’ was one of the driving behaviors that ‘had the most impact on CMV (commercial motor vehicle) at-fault crashes,’ and that ‘crashes with speed citations had a 170% greater injury/fatality risk per crash.’”

What that study does not point out is the percentage of truck-involved crashes where the truck was the cause of the crash. According to the Federal Motor Carrier Safety Administration’s Large Truck and Bus Crash Facts 2017, the passenger vehicle was coded with the driver-related factor in 89% of fatal crashes involving trucks in which there was a driver-related factor recorded, up from 86% in 2014.

Let’s also not forget a study published by the Ohio DOT in 2017 that revealed that trucks are not to blame in 75% of fatal crashes.

The numbers are pretty clear. Truck drivers are not at fault for the majority of truck-involved fatal crashes.

According to the latest truck crash numbers from FMCSA, more than 77% of fatal crashes involving a large truck occur when the truck was traveling 65 mph or slower. This means that only 22.6% occurred at speeds that Road Safe America does not want truckers to drive. When you account for the fact that truckers are typically not at fault, what percentage of fatal crashes at speeds greater than 65 mph were the fault of the truck? Likely not enough to justify speed limiters if the logic is to save thousands of lives.

With that said, what would happen if we did put speed limiters on all trucks? According to numerous studies, it will backfire on safety advocates.

Even if speed limiters save some lives as a result of less severe impacts, the net number of fatalities will likely increase as a result of speed differentials. LL

JULY 1979 Bill Moon held the first Walcott Truckers Jamboree at the Iowa 80 Truck Stop as a “thank you” to his customers. A few hundred drivers attended the first show. The show now is attended by tens of thousands of people annually.   JULY 14, 2009 Flying J and Pilot Travel Centers announced a […] 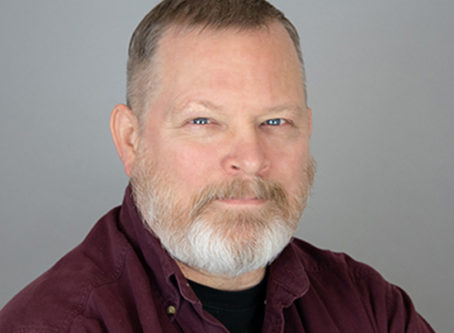 My mind is on three truck drivers who were transporting hemp across Idaho. They were arrested and jailed. They are being prosecuted for drug trafficking. They were not doing that, but that doesn’t matter, it seems. The law is the law, we are told, and these men could pay a high price, thanks to the […]