Q: I think I either found a few hundred dollars or I wasted it. Please help me find out. Here’s the story. Our fleet lets owner-operators buy their used trucks before they go out for trade. Our techs help us pick the best ones. I’ve been lucky with my Cummins-powered 2006 International, so when it was time I got a 2016 with almost the same specs. Recently I cleaned out an old storeroom and found a few cases of motor oil, but I can’t find any records of when I bought it. My question is can I use it in my new International?

A: Unless you can identify the API service category, I would say no. But it is possible. You likely bought your 2006 after your fleet was done, probably 2010 or 2011. If you bought oil available at that time, it should be CJ-4, and it is approved for your new truck. If you picked up older oil from your fleet and it is CI-4, do not use it in your 2016. When the latest emission standards went into effect in 2010, oil requirements were tightened so the older oil would not be suitable. Oil required for 2010 and newer engines is CJ-4.

Oil is backward compatible but not forward, meaning you can use a newer oil in older engines but not an older oil in a newer one. If it is CJ-4 oil, it would help to identify when the oil was purchased.

As long as the containers were properly sealed, the oil and its additives do not lose their properties, but over time the additive package will settle out. Unless properly remixed using refinery equipment, the oil will not carry its additives evenly. Oils also are subject to temperature variations. Unless it was stored at a cool, stable temperature – no more than about 15 degrees range – the oil may have deteriorated. Even the latest material used for jugs, HDPE, still allows air and moisture to enter. That can cause additive drop out. Even if stored under ideal conditions, you shouldn’t use oil older than 3 years from your date of purchase.

In summary, I would be very leery using this oil. Saving the few hundred dollars you invested is not worth a major repair job to your engine plus downtime and the cost of road service call or tow.

A: Mitchell 1 and others are more task-specific. Most TMC members use them with the recommended practices from the Technology and Maintenance Council. TMC recommended practices are intentionally generic to avoid commercialism affecting their answers, since many are developed with industry suppliers and component and truck manufacturers.

To better understand TMC, here’s a comparison. We belong to OOIDA for the services it provides us. (Yes, us. I am a life member. ) Truck drivers make up OOIDA’s Board of Directors. Its operating officers are former full-time truckers. They have the pulse of the truck driving community. With the strength and numbers that our membership represents, OOIDA is in the best position to influence all levels of our government and to provide us actionable information in a timely manner.

It’s the same with TMC. It started in 1956 by maintenance professionals from a few line-haul fleets. They met informally and found they were being jerked around by truck manufacturers and suppliers.

“You’re the only person that ever had that problem,” was commonly heard when they complained about recurring problems. Some were treated well, others not so much. By banding together, just as truck drivers do through OOIDA, these maintenance operators were able to get things accomplished.

Soon procedures were created to inform truck maintenance personnel of problems as they arose and as solutions were developed.

TMC organized into study groups, each responsible for a set of components, like electrical, wheels and tires, engines, and so on. As problems came from members, they were referred to the study groups who created task forces to resolve them.

To get the cooperation of the supplier community, the solutions had to be noncommercial and nonjudgmental. These were published as recommended practices that examined origins of each problem as well as the solution.

Perhaps the best example of this was in the late-1980s, silicate dropout was causing trucks to overheat. A “green goo” was solidifying in radiators. A task force quickly formed and within a few months solutions were developed and the word went out to TMC members. We like to say that TMC had the solution before most of the industry knew there was a problem.

As truck complexity grew, the committee needed to expand and in 1979 it changed its name to The Maintenance Council. It expanded the number of study groups over the years with the inclusion of an environmental group, on-board electronics, light- and medium-duty vehicles, and corrosion control. The most recent addition studies automated vehicles.

Before 1985, truck operators had no choice but what truck builders offered. In the fall of 1985, the committee presented to the Society of Automotive Engineers what customers wanted in performance, ease of maintainability, durability and other factors affecting overall cost of ownership. The engineers listened, and the committee kept updating ideas. The results are the trucks we have today. We’re pushing 10 miles per gallon compared to the 2.5 to 3.5 we got back in the day. Trucks that once needed overhauls at 250,000 miles, now go more than a million.

Ten years ago TMC started to take action to solve the truck technician shortage. TMC’s SuperTech is now recognized as the foremost truck technician competition in the country with prizes totaling tens of thousands of dollars.

TMC recognizes individuals based on talent and contribution. One past general chairman ran maintenance for fewer than 10 trucks. An owner-operator became a study group chairman and earned TMC’s highest honor, the Silver Spark Plug, for her contributions. A category was created to provide a discounted membership for owner-operators, which includes a Recommended Practices Manual. For information, call 703-838-1763. LL 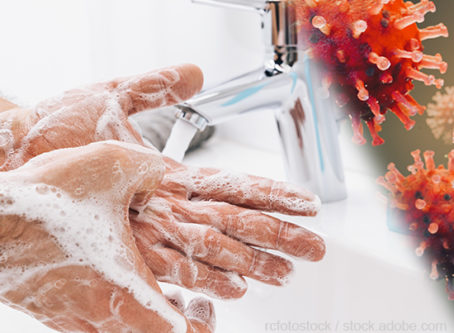 Keep calm and wash your hands

As simple as it sounds, one of the best prevention methods for the spread of any coronavirus is washing your hands frequently and thoroughly. 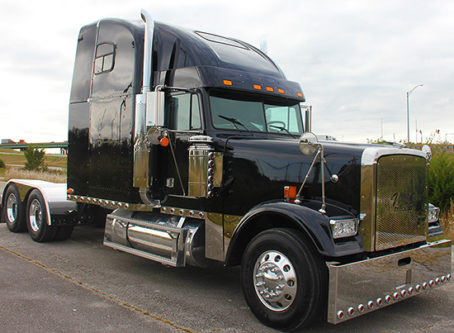 This month’s feature is a slight change of pace from our normal fully blinged-out rigs.

An OOIDA member inquires with Road Law about a situation where his commercial driver’s license wasn’t renewable because of several unpaid citations.

By Jeff McConnell and James Mennella | May 2020

The economy took a big hit due to COVID-19. How can I protect my financial situation from the pandemic since we don’t know how long it is going to last?