OOIDA’s new internet talk show, “Live From Exit 24,” was created in July to expand the Association’s communication with members.

The first several episodes have aimed at achieving that goal, providing truck drivers direct communication with leaders of OOIDA, regulators and lawmakers.

The hourlong show is scheduled for 11 a.m. Central every other Wednesday. Episodes can be watched by going to LiveFromExit24.com or by using OOIDA’s YouTube page.

During the show’s premiere on July 15, Matousek and Pugh encouraged truckers to get involved and reach out to their lawmakers about trucking issues.

“You’re the expert,” Matousek said. “No one on Capitol Hill is going to know more about trucking than someone who actually drives a truck for a living.”

Before you make that visit with your lawmaker’s staff, Pugh said he suggests dedicating some time to preparation.

“One little trick that I’ve learned, especially when you’re not used to doing this sort of thing, is to make out a list of talking points that you want to bring up,” he said. “And make a list of supporting arguments for those points so, if they do disagree, then you can come back with ‘this is why.’”

In the second episode, Spencer fielded questions from members about such issues as the lack of broker transparency.

Spencer said the lack of broker transparency is an issue that OOIDA has fought against for years and hinted that the Association could take legal action if something isn’t done soon.

“We’ve petitioned FMCSA to address this issue,” Spencer said. “If they’re not willing to aggressively pursue resolution of this issue one way or another, then they can explain it to us and explain it to others in the courts … We will assert that right when the opportunity presents itself, and I expect that is going to happen fairly soon.”

Two leaders of the FMCSA appeared on the show to answer truckers’ questions about the new hours-of-service regulations, which were set to take effect Sept. 29.

Mullen, who was FMCSA’s acting administrator at the time, and DeLorenzo, FMCSA acting associate administrator of enforcement, explained the new rules. Many of the questions involved the changes to the split-sleeper rules.

Mike from New Jersey asked if you could take five hours and then seven hours instead of three and seven.

“The way the regulation reads is ‘at least,’ so there is not a limit on how much could be excluded,” DeLorenzo said. “So in your example, if you took five hours as your short period all of that would be excluded from your 14. My only advice there for everybody is that if you want to make your day work the best as everybody starts using this, really think about those time periods and how they would be advantageous for you. If you’re at five-and-a-half or six, you could take seven and make that your anchor period and only have to take three later. But I know you don’t always have complete control over that. You may need to get rolling and you ended up with five off. But either way that five still needs to be paired with at least a seven.”

Graves, the ranking member on the House Transportation and Infrastructure Committee, let listeners know about his thoughts on a proposal to increase motor carriers’ minimum insurance requirements from $750,000 to $2 million.

Graves said he was against the bill.

“It’s a 166% increase,” Graves said. “Really, it’s a payoff for the trial attorneys. That’s all it is. They’re the ones who make out like bandits. It’s all about a money grab by trial attorneys.

“That would make it extremely hard for an owner-operator.” 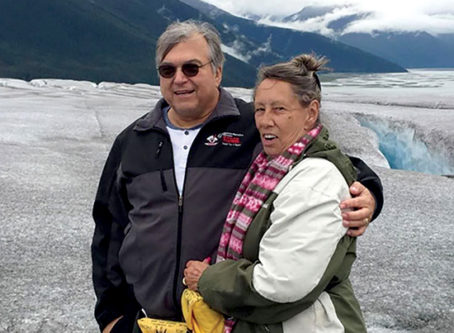