OOIDA life member Mike Broaddus felt humbled by the somber task of delivering containers of wreckage and remains of the victims of 9/11 United Flight 93 to their final resting place. 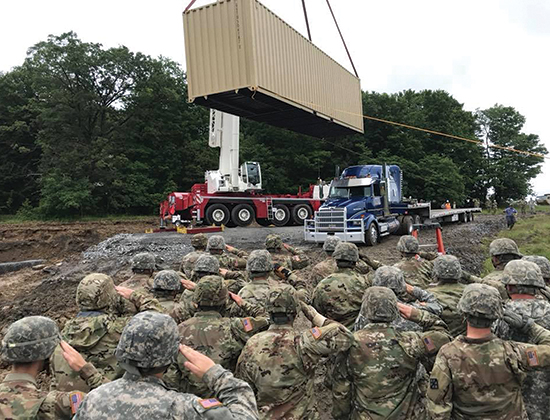 Sept. 11, 2001, 8:46 a.m. American Airlines Flight 11 strikes the North Tower of the World Trade Center, setting off a chain of events forever imprinted on the pages of American history.

Seven crew members and 33 passengers aboard United Airlines Flight 93 were less than five minutes into their Newark, N.J., to San Francisco flight. Little did the crew and passengers know, among the travelers were four al-Qaeda operatives, bent on committing an act of terrorism against the United States of America.

Four commercial passenger airplanes were hijacked that day. Two were crashed into the World Trade Center’s Twin Towers in New York City, one into the Pentagon in Arlington, Va.

Of the aircraft hijacked on Sept. 11, United Airlines Flight 93 was the only plane that did not reach its hijackers’ intended target.

According to the 9/11 Commission, the passengers became aware of the other hijackings. One of the passengers, in a phone call from the plane, said they had taken a vote on whether to rush the terrorists in an attempt to retake the plane.

“They decided, and acted,” the commission’s report states.

A heroic crew and passenger revolt against the terrorist hijackers, this brave offensive is credited by the 9/11 Commission as leading to the decision by the hijackers to crash Flight 93 into an unpopulated stretch of land near Stonycreek, Pa.

“(The pilot’s) objective was to crash his airliner into symbols of the American republic, the Capitol or the White House,” the 9/11 Commission report states. “He was defeated by the alerted, unarmed passengers of United 93.”

The plane crashed at 10:03 a.m. There was no loss of human life on the ground.

All passengers and crew perished. All innocents aboard received the Congressional Gold Medal on Sept. 11, 2014.

The wreckage, in secure storage since the Federal Bureau of Investigation concluded its on-site investigation of the crash in September 2001, was recently relocated back to the crash site. Surviving family members requested this be the final resting place for their loved ones.

On June 21, 2018, four tractor-trailers hauled crates containing those remains to a restricted area accessible only to the victims’ family members.

OOIDA life member Mike Broaddus was one of the drivers involved in hauling the containers from Connecticut to Pennsylvania. He describes the trip as a “very humbling experience” he will never forget.

Broaddus, a 20-plus-year trucking veteran, began his highway career in the 1980s as a Nevada state trooper. Experience from his previous job in law enforcement, coupled with the oddity of having an armed escort for the welded-shut containers being loaded, prompted Mike to ask the manager on duty, “What’s the deal?”

Broaddus wasn’t made fully aware of the container contents and manner of the trip until after arriving to be loaded. He was informed that the surviving family members had requested the only remains they had for their loved ones be returned to the crash site. The Army prepared sites for the containers to be buried in at an undisclosed, private area of the crash site.

After 17 years of no tangible remains to bury, these families would finally have solace in a proper memorial and burial site. Broaddus considers it a blessing to have been there to help.

But it wasn’t easy.

Two weeks of torrential rain preceding the scheduled memorial date complicated road-building efforts necessary for the Army to provide access to the site. Mike was hauling the first load. He knew from experience there was a distinct possibility of getting stuck, especially with the muddy conditions and excessive weight on the trailer.

He was right. The road gave way almost immediately. Broaddus was stuck up to his axles. An Army 6×6 couldn’t budge it, so they brought in a dozer, chained it up, and dragged the truck and trailer to the site – backward.

Through the hard work, coordination and determination of the Army, National Parks Service, local responders and the professional drivers involved, Flight 93 along with its crew and passengers now have a final resting place.

In a June Facebook post, Broaddus shared how much it meant to surviving family members to have that space.

“Worked closely with the Park Service and the Army. All great folks, but when the victim’s families were so gracious and went out of their way to thank us, I almost lost it” he posted to Facebook.

“A living memorial in sound” consisting of 40 wind chimes is underway at the memorial site with installation expected to be completed this year. A dedication ceremony was held on Sept. 11, 2018. Standing at a symbolic 93 feet, visitors will walk underneath the chimes once they enter the site.

The chimes represent final installation of the Tower of Voices, located at the Flight 93 National Memorial, a 2,200-acre park commissioned in 2005 by National Park Services. The area, once a crime scene, has become a scene of healing, hope and reflection for a nation who will never forget Sept. 11, 2001. LL 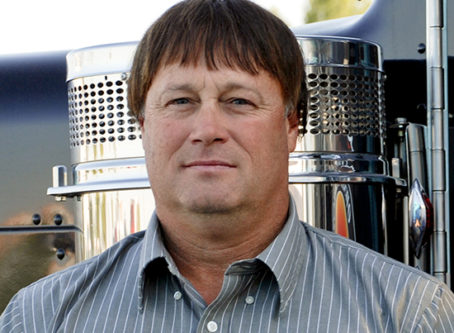