Congress adopted in 1784 this 13-letter Latin phrase as part of the official seal of the United States of America. Although never codified, E Pluribus Unum was the unofficial national motto until 1956, when “In God We Trust” was signed into law by Dwight D. Eisenhower.

Sometimes translated as, “From many, one,” each of the 13 letters represents one of the original New England colonies.

Beginning in 1607, outposts and established camps on the East Coast of North America began being sustainable English crown-ruled colonies. By 1738, these colonies stretched from New Hampshire to Georgia. In each colony, the king appointed a governor. Landholding voters elected a legislature. Not surprisingly, colonial representatives clashed with crown-appointed governors.

Individual colonies focused on establishing colonial power in London. The information distributed within them ignored other colonies.

Things bopped along until 1763. Colonists had sustainable establishments and profitable working commerce. The crown took note in the form of excessive taxation. This further antagonized the colonists to the point of organizing.

In 1773, these tiny colonies found enough common ground and benefit to unify as individuals in their statehood. They set about declaring themselves united as a nation. In 1776, 13 individual colonies came together under the Declaration of Independence and became the United States of America.

Out of many, one.

Any of this ringing any bells? Any slight recognition of what’s going on in the trucking industry right now?

Let’s revisit this part: “Individual colonies focused on establishing colonial power in London. The information distributed within them ignored other colonies.”

Reluctance to give up unique individuality in each colony wasted years screaming and hollering alone and ineffectively.

We don’t have years to waste with a bunch of caterwauling about who is more famous or has more sway over government policy. Quite frankly, the ELD is old news. Several fleets were switching over ages ago. Consequently, there’s already more than a decade of ELD data within fleets that implemented years ago.

I wrote my first article speaking out against an ELD mandate six years ago. OOIDA fought the “black box” for 40 years. No one really believed it would happen. A scant handful commented when asked. Boom. As a result, the ELD mandate happened. Suddenly, now that it’s a for real law very few actual drivers helped craft, it’s someone else’s fault.

That’s not how this works, fam.

The trucking industry is one of many. Many among us need to drop the ’tudes so we can collectively write our own Declaration of Independence.

Can you imagine Ray Martinez’s face if every single grass-roots trucking group showed up in the same room and presented the agency with a signed document that said:

“We hold these truths to be self-evident, all trucking operations are not the same but should be given equal control over their differing schedules.

Don’t say it’s not possible. It’s totally possible. We don’t have to like each other or be personally appreciative of political affiliation. What we do have to do is stop wasting time being colonies and realize our power – united. 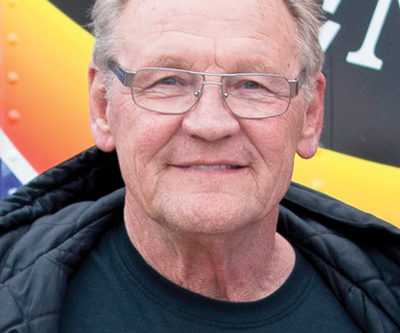 In order to justify tolling heavy-duty trucks, proponents often cite an obscure statistic from a GAO study that a single “tractor-trailer has the same impact on an interstate highway as at least 9,600 automobiles.” It is important to understand the origins of this myth, as the data behind the phrase originates from the highly regarded […]

Dec. 30, 2004 Following a three-day trial earlier that year, a federal judge ruled in favor of OOIDA and more than 600 drivers in a class action lawsuit against Ledar Transport. The court concluded that the company violated truth-in-leasing regulations. Jan. 3, 2005 In response to a petition from OOIDA, FMCSA announced that it would […]