How's your day, Dave? Great, once they put the fire out

I am very thorough on my pre-trip inspections, as well as performing a walk around each time I stop. I have often found a nail in a tire, a dangling air hose, or usually something minor. Better to catch it sooner than later when 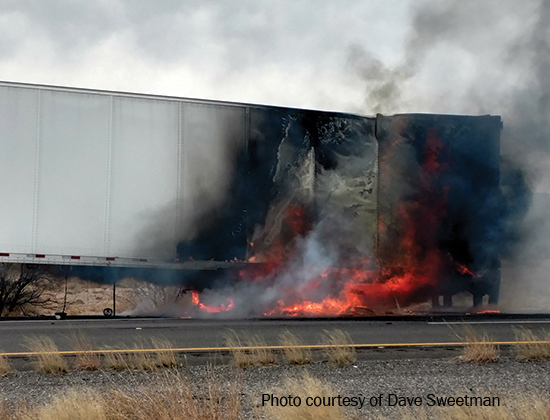 it can turn ugly. But, sometimes, you just can’t avoid ugly.

On a recent trip from southern California, I had picked up a brand-new trailer a few miles from the manufacturer and headed for Texas. A long weekend ahead of me, and in no real hurry, I set my cruise control and enjoyed the bonus fuel mileage. Stopping for the night in my usual hiding spot in Eloy, Ariz., it was almost like a vacation. Easing across Interstate 10, the speed limit is 75, but I chose a modest 68 and stayed out of the way of the big strappers in a hurry.

Rolling into Deming, N.M., the speed limit drops to 65. On the east side of town, as the speed limit jumps back up to 75, a big truck pulled alongside and the driver motioned with his CB mic. The driver told me over the CB that the back of my trailer smelled “hot.” Not brakes or a tire, but metallic.

A mile or so up there was a wide, straight spot and, as much as I hate the idea of stopping on the roadside, I had little choice. I grabbed my 2½-pound and 5-pound extinguishers and stuck my head under the trailer just as the left front wheel hub burst into flames. I dumped both extinguishers on the inside, but it was cherry red and continued to burn. I was out of options except for making phone calls.

With 911 on the phone, dispatch asked if I was still hooked up, and I told him “not anymore” as I cranked the landing gear, and pulled the pin and hoses.

In just a few minutes, the flames were reaching up the side of the trailer, above the trailer tandems. Goofy car drivers were creeping along, stopping to record my misery for their video albums. A pair of big BOOM-BOOM explosions blew the two outside tires off the wheels. They rolled across the highway in flames in front of the folks in the car. They moved on quickly and the flaming tires caught the grass on fire in the median just as a New Mexico state trooper rolled up. It reminded me of the scene from the “Terminator” movie with the burning tire rolling down the street. Surreal.

Trooper Guerrero grabbed a shovel and axe and quickly covered the burning tires with dirt, putting out the fires. The trailer was now fully engulfed as the first of three fire trucks showed up and Trooper Guerrero began his routine Level 2 inspection. The good news is my truck passed with flying colors. The trailer, well – not so much.

Of course, by now I have traffic backed up as far back as I can see on the eastbound side. As I sat in my driver’s seat making calls to my company, I heard other drivers on the radio call me all sorts of bad names. Yeah, right, Bud! Like I have nothing better to do with my day. I felt bad about the hay haulers, as the troopers held them up until the flames were knocked back. That could have been even more ugly.

A towing company from Las Cruces was dispatched and, with the fire out, the now totaled trailer was loaded onto a Landoll trailer and taken away. Paperwork completed, I was free to go. Shaken and still a bit unnerved.

One piece of advice to share: if involved in any kind of incident, take pictures. Lots of pictures. My company’s insurance adjuster made quick work using the dozens of photos I took, and it helped to validate my report of the cause. LL 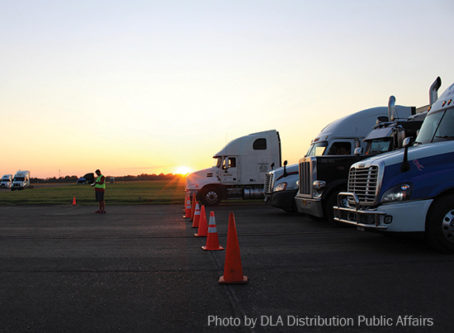 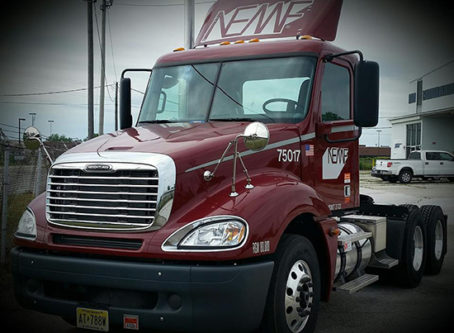 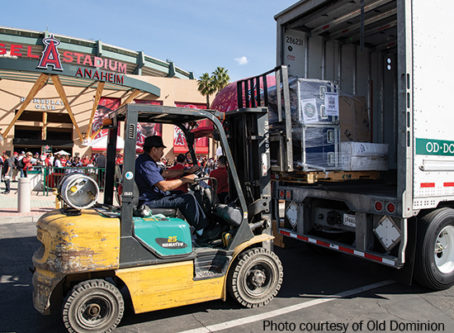 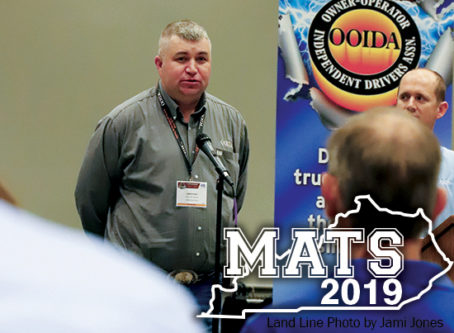