Just about any driver who has been on the road for longer than a few weeks has a need for a sense of humor. It’s required. Gotta have it, or you will implode.

It is a pressure relief valve to keep you from flipping your lid. Dealing with the pressures of big city traffic and tight schedules made by a guy at a computer who has never been in a truck and all the normal everyday challenges we face. You find humor in it.

Pick any highway in any city and there are so many things that crack me up. I have seen a guy in a car playing a saxophone in bumper-to-bumper Los Angeles traffic, steering with his left knee. I have seen a guy in a BMW shaving and using a hair dryer, all while weaving in and out of traffic on the 405. There have been countless ladies applying makeup, looking in the visor mirror, a mere brake check away from poking themselves in the eye. Or how about the guy with two hand puppets, doing his own puppet show while driving creepy crawly in rush-hour traffic. I wished that I could have heard the audio, because the visual was funny.

Don’t get me started about cellphones and texting while driving.

I see it every three minutes. And almost daily, I see crashes and the aftermath from inattentive drivers. I have seen it happen directly in front of me more times than I can count, but there is nothing funny about it. And, to the other extreme, I have seen drivers with their portable DVD player on the dash, watching Shrek at 65 mph, as they drift into my lane. In a commercial truck.

With the bad behavior of others on the road, I keep my distance, trust no one, and laugh when you goof up. The guy in the sports car that thinks my doing the speed limit while passing a much slower vehicle is worthy of him flipping me the bird when he cuts me off. I don’t get angry or return the salute. I blow them a kiss. I don’t lower myself to that level. Plus it makes them even madder.

When I started driving big trucks in the early 1970s, I was quick to catch on to the odd and often quirky humor of truck drivers. In the early days of the CB radio, it was a new way of communication, and drivers used it to vent. Generally, the roughest language you heard was someone being called a duck plucker or mud duck.

Drivers used to pick on Roadway drivers with a whole slew of Big R jokes.

“Know why Big R trucks only have one seat? So the driver knows where to sit.”

“I hear Big R is getting sleepers…. padded steering wheels.”

As stupid as those jokes were, it seemed odd, considering that Roadway, Yellow Freight and many of the big carriers were union and making top pay and benefits. Jealousy was my guess, but the jokes continued. And yes, I used to be a Big R, CF and Yellow driver, working the casual board in a former life, before I bought my own.

A lot has changed. There doesn’t seem to be as much humor on the road as there used to be. Why is that? Is it because of too many energy drinks, turning their brains to mush, squashing the funny part of the cerebellum? Pressures of the electronic logbooks that have drivers glued to the windshield, afraid to smile?

Or could it be those diaper changing stations in truck stops? Truck drivers used to be tough. Remember the George Raft and Humphrey Bogart movie, “They Drive by Night?” Tough guys. “Convoy” with Kristofferson. Tough guy. “White Line Fever” Jan Michael Vincent. Tough guy. Not a diaper changing station anywhere. And they didn’t wear gloves with the fingers cut out, or any of that sissy stuff. What!?!

Afraid of getting a blister from your padded steering wheel, Cupcake? Toughen up.

It’s trucking. It’s work. Sometimes tough, sometimes in adverse weather, but still, there’s a lot to laugh about. You just have to be a little twisted to find it. Happy trails. LL 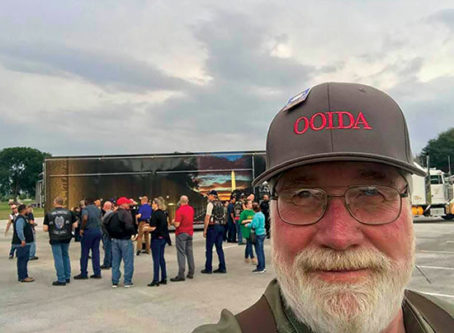 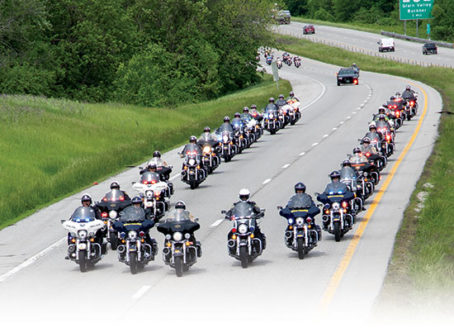