Covert GPS tracking devices are becoming a more affordable solution to help drivers protect their rigs and their livelihoods from cargo thieves.

Cargo theft is a billion-dollar business for thieves and criminal organizations. But the impact on American commerce is certainly no less significant than the impact a theft can have on a small-business owner-operator. Loss of equipment, product  and reputation can wipe out a small carrier or devastate a driver’s livelihood.

A total of 592 cargo thefts with an average loss value of $142,342 were reported to the SensiGuard Supply Chain Intelligence Center, according to its 2018 annual report on cargo theft trends nationwide. The report notes that cargo theft is often underreported, and those totals are expected to rise.

The report states that the most common type of cargo theft event in the U.S. remains theft of full truckload, but pilferage – the theft of only part of a load – is also on the rise. Theft of full truckloads accounted for nearly 75 percent of theft incidents. The most common locations where thefts were reported was from unsecured parking facilities, accounting for 83 percent of incidents in the 2018 report. The most common unsecured parking locations where thefts were reported were truck stops (31 percent of reported incidents), public parking (15 percent) and drop lots and roadside (8 percent each).

The report notes that the number of reported cargo thefts declined in 2018, something Doug Morris, OOIDA’s director of security operations, says is attributable to truckload freight capacity being strong.

“Trucks are rolling. They’re not sitting still,” he said. “A truck rolling is not a target.”

One emerging technology field that may help drivers prevent a theft or recover stolen equipment is covert GPS tracking technology. Morris says GPS locators strategically hidden in either the cab or the trailer, are an effective way to deter theft or aid in the recovery of equipment.

“Trackers are relatively small, really reliable, and in some cases relatively inexpensive,” he said.

New players are emerging with products and services that make the technology available at a price point anyone can afford.

One such product is the CarPro-Tec GPS Plus from AMG-Security Technology. It’s a wireless vehicle alarm system combined with a GPS tracker. It debuted in the European market a decade ago, and now its maker, German-based AMG, is bringing it stateside.

The system uses a room volume sensor to register any change in a tractor or trailer’s volume and a motion detector to register all movements in the trailer’s interior. The device can be placed in an inconspicuous area of the cab, such as the glovebox.

The CarPro-Tec GPS Plus includes a loud siren alarm, and notifications are sent via phone call and text message to the driver and up to two other individuals. In the case of a trailer and/or tractor theft attempt, a gyroscope sensor registers the truck’s change in position.

CarPro-Tec also comes with additional sensors that can monitor everything from windows and doors on the cab, to the temperature of the trailer. Installing the device is easy and does not require additional cabling or power supply. The unit runs off a battery pack that can be charged via USB cable and lasts up to 14 days. A model with an upgraded battery is available that promises six weeks of power.

The system is armed using a wireless remote control. The alarm module can be disarmed while driving with the system working as a full GPS tracker with entire route recording.
Paul Schnurr, sales manager for AMG Security Technology, says the system also comes with an app and an online web portal to allow the owner to monitor the device (or multiple devices if they are purchased for a fleet), set up a geofence on the GPS to alert for unauthorized movement, as well as the route recording. He said data from the GPS tracker is stored on a server in Germany and is available for the customer for up to three months. Once a customer logs into the app or web portal and changes the password, access is restricted to just that individual. After three months, the data is deleted and AMG Security Technology does not do anything with the information. LL 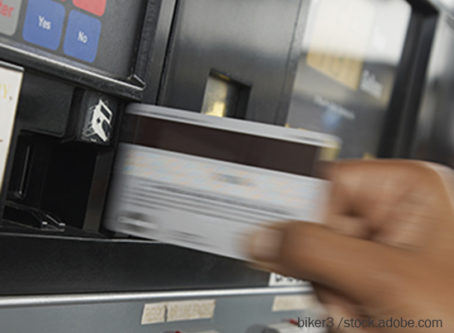 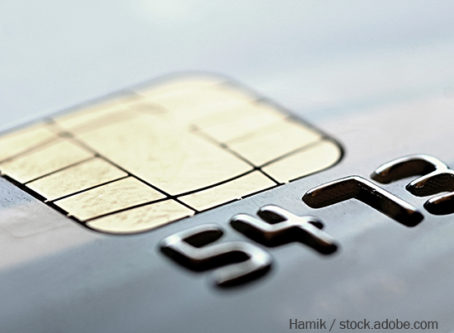 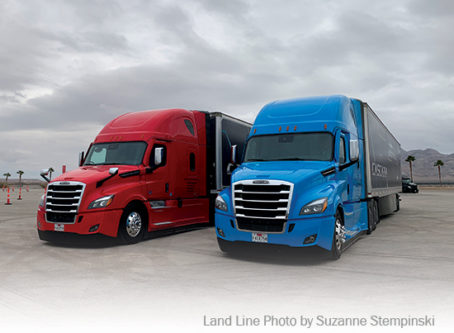