Just before the COVID-19 pandemic brought legislative work on Capitol Hill to an abrupt halt, a major truck parking bill was introduced in the House. As I hope you’ve heard, HR6104 (the Truck Parking Safety Improvement Act) would set aside millions of dollars in federal highway funding for the expansion of truck parking capacity. When the bill was introduced, our plan was to quickly gather co-sponsors and continue to grow an already strong coalition of industry supporters. That proved to be wishful thinking.

Days after HR6104 was introduced, Washington became primarily focused on the emerging pandemic. A week later, many congressional offices were closed to the public, including eager trucking lobbyists who wanted to promote the bill. Soon every elected official and virtually all of their staffers were working from home with only one thing on their mind: COVID-19.

I thought, “Could our timing be worse?” The bill we worked for months to prepare was rolled out on the eve of a worldwide pandemic – a global crisis that (understandably) brought routine legislative work in Washington to a standstill.

With our hopes of gathering support for HR6104 seemingly on hold, OOIDA’s government affairs team shifted gears and began focusing our attention on making sure lawmakers and regulators were creating emergency policies that supported truckers. With the entire country relying on them to help weather the storm, our goal was to help make certain the needs of truckers – including immediate access to parking – were prioritized in local, state and federal response strategies.

We knew there would be fires to put out. Somewhere, some elected official with little knowledge about trucking would implement a well-intended but short-sighted emergency policy. That official turned out to be Pennsylvania Gov. Tom Wolf, whose administration announced early in the crisis that the state would be closing all of its rest areas. While OOIDA was ultimately able to convince Pennsylvania to reverse course, I was discouraged to realize how unaware many elected officials still are when it comes to the importance of truck parking. If a governor doesn’t understand how problematic the closure of his state’s rest areas would be for truckers during an emergency, how are we going to convince hundreds of members of Congress to support HR6104 when it’s over? Turns out, I was short-sighted too.

Like they have so many times during the COVID-19 emergency, conditions changed. Elected officials began realizing hardworking truckers are the backbone of our economy. They recognized drivers work tirelessly to keep hospitals, grocery stores and manufacturers supplied. Truckers did it before the emergency, and they’ll be doing it long after. Some lawmakers rightfully started referring to truckers as “heroes” of COVID-19 response efforts. Their staffers soon began asking us what they can do to help. Many already knew truckers were having problems finding parking and wanted to know what could be done.

While we explained many of the immediate needs, such as keeping rest areas open, we also talked about what must be done to improve conditions down the road. We told them supporting HR6104 was a good first step.

When things start returning to normal in D.C., you’ll notice the bill gaining co-sponsors. Support will come from across the political spectrum – from California liberals to Texas conservatives. Take this as a sign folks in Washington are starting to better appreciate the work you do and the challenges you face. The lack of truck parking was already a serious problem, and COVID-19 only made matters worse. Now more than ever, elected officials are eager to help. We’re doing everything we can to make sure they do. LL 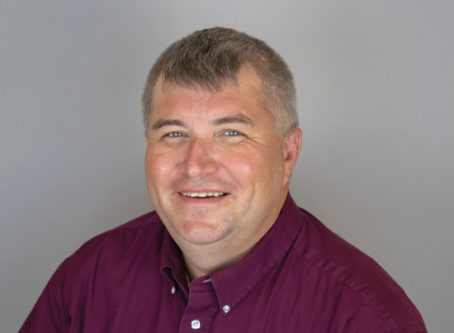 We’re here for you

Trucking has always been a tough job. When the coronavirus outbreak got serious and people flooded stores with all of their panic buying of toilet paper and other essentials, that’s when things started to change for truckers. As people wandered the aisles in disbelief that shelves didn’t magically fill up overnight, they learned quickly it […]

This month in trucking history – May 2020

MAY 16, 1969 “Me and Bobby McGee,” a song written by Kris Kristofferson and Fred Foster, is recorded by Roger Miller. Two years later, Janis Joplin’s version hit No. 1 on the Billboard Top 100. MAY 9, 1997 The Owner-Operator Independent Drivers Association breaks ground on a 48,000-square-foot building to be the Association’s headquarters in […]