Just weeks before Christmas and with little warning to its employees, one of the nation’s largest truckload carriers announced it was declaring bankruptcy and ceasing operations.

Celadon’s announcement on Dec. 9 set the stage for what is reported to be the largest truckload carrier bankruptcy in history. More importantly, the closure of the Indianapolis-based carrier meant the loss of jobs for nearly 4,000 employees, including about 2,500 truck drivers.

The company filed for Chapter 11 bankruptcy on the morning of Monday, Dec. 9, and soon after announced that it “will shut down all of its business operations” effective the same day.

“We have diligently explored all possible options to restructure Celadon and keep business operations going, however, a number of legacy and market headwinds made this impossible to achieve,” Celadon CEO Paul Svindland said in a news release. “Celadon has faced significant costs associated with a multiyear investigation into the actions of former management, including the restatement of financial statements.

“When combined with the enormous challenges in the industry and our significant debt obligations, Celadon was unable to address our significant liquidity constraints through asset sales or other restructuring strategies. Therefore, in conjunction with our lenders, we concluded that Celadon had no choice but to cease all operations and proceed with the orderly and safe wind down of our operations through the Chapter 11 process.”

Within days of the indictments being announced, reports began to circulate that the company would soon declare bankruptcy.

There were unconfirmed reports of fuel cards being turned off and drivers being stranded. Over the previous weekend, the Facebook group, Celadon Closure Assistance and Jobs, was created. By Sunday, Dec. 8, the group’s Facebook page was flooded with posts from trucking companies offering assistance to drivers who might be stranded. In many cases, the companies were offering jobs to the soon-to-be-unemployed truck drivers.

Scott Riley, a Celadon driver from Anderson, Ind., hadn’t received any official word from the company as of Dec. 8, but he had already read the writing on the wall.

“Officially, the company isn’t saying anything,” Riley said on Dec. 8. “Unofficially, a supervisor in my division gave my name to two other companies that I was one of their top drivers.”

So Riley, who had already made it home for the weekend, said he was spending his Sunday cleaning his truck out with the expectation that he would turn his keys in the next day.

“I’m going to take the truck back to Indianapolis, and my wife is going to follow me,” Riley said on Dec. 8. “I will talk to the supervisors, and see what they tell me.”

In the early morning hours of Dec. 9, the rumors drivers were hearing about Celadon’s closure became official.

Riley said that he awoke to a Qualcomm message notifying drivers that the company was going to close.

“Fleetwide message: We regret to inform everyone that Celadon Group Inc., has filed for a Chapter 11 bankruptcy,” the Qualcomm message stated. “We will continue to haul and deliver all loads that we now have in transit. We will have more information in the morning as to where equipment needs to be returned to. Have been assured that everyone who follows instructions will be paid for the work and miles assigned and completed, and Celadon will not leave anyone stranded away from home. Finally, we truly appreciate your commitment and dedication to this company.”

When Riley arrived with the truck on Dec. 9, he said there was a skeleton crew and about 40 to 50 drivers waiting to receive bus tickets home.

Riley didn’t need to take the bus because his wife followed him to the terminal in their personal vehicle. However, getting home was only part of the battle for the thousands of newly unemployed truck drivers.

“Being around Christmas makes it difficult,” Riley said on Dec. 9. “When a driver chooses to leave, he’s already got everything set up. But when a company shuts down, they just lost all of their medical benefits, all of their seniority.”

Even with immediate job offers from other trucking companies, Riley said he still expected to go through a 60-to-90-day probationary period before being able join a new company’s medical insurance.

“Now, for the 60 to 90 days, I have no insurance,” Riley said. “My wife has no insurance. I have a $1,400 per month medication that I take every day. My wife has a $450 a month inhaler that she takes every day. There are 4,000 (employees) out there that are going through the exact same thing I’m going through. It’s detrimental to everybody. Their families, their children, Christmas.”

Over the past four years, truck driver Nathaniel Branch said he’s invested about $130,000 as part of lease-purchase agreements with Celadon. However, that investment is gone after the trucking giant filed for Chapter 11 bankruptcy earlier that week.

“I’ve entered into two lease-purchase agreements and put in about $130,000, and now I don’t have a truck,” said Branch, an OOIDA member from Alpharetta, Ga. “That’s the reality. Logically, I could have had a truck with that price.”

Branch started working for Celadon about 4½ years ago after coming to the United States from France. He started as a company driver and then became a leased-on owner-operator and trainer.

Branch said he first entered a lease-purchase agreement for a 2016 International Lonestar and made about $100,000 in payments, not including maintenance fees, on the truck before turning it in and starting a new lease-purchase agreement for a 2015 International ProStar. He said he was about halfway through playing off the Lonestar but switched to lower his payments. Branch then said he invested about $30,000 in the ProStar before he had to turn it over to Celadon so it could be sold at auction.

Days after Celadon closed, Branch said he was disappointed about how things ended at Celadon and planned to find a new trucking company soon.

“I was successful in my time at Celadon, so I don’t have a lot of bad things to say about them,” Branch said. “I come from France, and the opportunities for me weren’t big. Celadon accepted me and gave me a chance. I’m just sad operations ended.”

Charlotte Stipp, a truck driver from Longview, Texas, said she entered Celadon’s orientation program one week before the company announced its closure.

Stipp said she was upset that the company would bring people in for orientation when it likely knew the end was near.

As of Jan. 3, Stipp said she had received only $37 of the nearly $400 that she was owed. Stipp found employment with a Minnesota trucking company in mid-December. She said her start was delayed because she had to go to the hospital for kidney stones and had to have an abscessed tooth pulled.

“When it rains, it pours,” she said. “But I’m sure some people have it worse than me.”

Celadon was approved in bankruptcy court to pay millions in unpaid wages, contracts and termination bonuses. While the court authorized Celadon to pay the wages owed, it does not order the company to pay.  LL

Celadon Group began its high-flying and fabled history in 1985, and NAFTA trade carried it to the big time before things fell apart in 2019 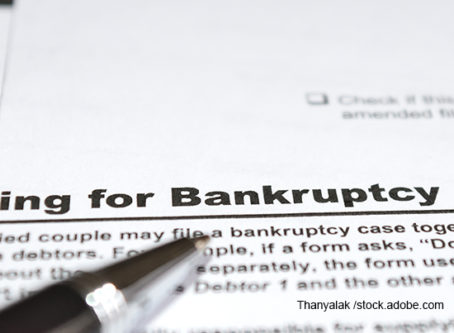 A brief history of trucking bankruptcies

The Celadon shutdown will be remembered as the largest truckload carrier bankruptcy in history – at least until the next one, writes John Bendel.