In August, The New York Times whacked the American Trucking Associations with a 2-by-4. The following week, the ATA picked itself up off the floor and responded. Sort of.

In a lead editorial on Aug. 12 titled “The Trouble with Trucking,” the Times took on the case of the American truck driver and “the reality of a grueling, underpaid job.” It wasn’t a tossed off opinion. It was the lead Sunday editorial. It was not at all friendly to Big Trucking.

ATA CEO Chris Spear, America’s primary Big Trucking spokesman, responded with a letter to the editor that appeared a week later, on Sunday, Aug. 19. Chris did not come out swinging. It was more like whimpering.

The New York Times editorial said, “Many truck drivers are paid on a per-mile basis, which means that some … earn less than the federal minimum wage of $7.25 an hour.” Further, the editorial noted, “Some even wind up owing trucking companies money because a truck lease, insurance, fuel and other expenses can add up to more than their per-mile reimbursement.”

The Times said “Not only is the trucking industry’s low-cost strategy hard on workers, but some experts say it also makes roads less safe by compelling workers to drive when they should rest.”

Chris didn’t address that either.

The Times pointed out the industry suffers from a driver turnover rate of 95 percent.

Nothing about that in his letter.

“If the industry raised wages, it’s clear that employers would find a larger labor pool,” said the editorial. “Instead, lobbyists for the industry are pushing the Trump administration to lower the minimum age for commercial driver’s licenses to 18 from 21.”

That was clearly aimed at the ATA, but Chris let it go.

The Times editorial continued: “The government ought to require that trucking companies and freight customers compensate drivers for every hour of work, including the hours spent picking up and dropping off loads. What’s more, Congress could pass a law making clear that regardless of how the industry pays drivers … drivers are entitled to earn minimum wage and overtime for all of the hours they put in.”

Most ATA members would not like that, but Chris let that go, too.

So what did Chris have to say?

“Trucking remains one of the few roads in today’s economy that leads to the middle class without requiring the financial burden of a college degree,” he wrote. “It’s a challenging career path, to be sure, but the chance to see the country while earning $53,000 to $86,000 annually plus benefits represents a significant opportunity and solid career for millions of Americans.”

Chris then went on to cite recent pay increases.

So we’re on a “path to the middle class”? Actually, truckers have been middle class for a long time. We work hard, and we strive. We raise families without looking for handouts. Our class hasn’t changed, only the money we earn. Our industry as represented by the ATA has imposed its own financial burdens.

“See the country?” Sure some of us do, but more spend most of the time looking at back of the truck up ahead. There are better ways to see the country.

Let’s face it, there wasn’t much Chris could say about the credible claims made by The New York Times. From a PR perspective, it would have been best to simply ignore the editorial. But then angry ATA members would be demanding a response. What’s a poor association CEO to do?

As close to nothing as possible, it seems, which is exactly what Chris Spear did. LL 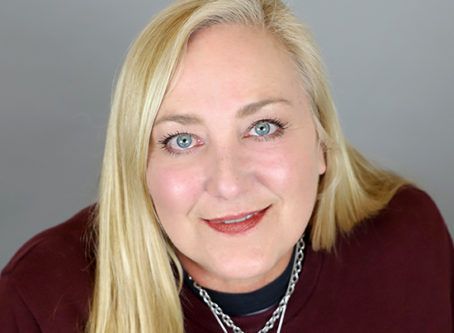 Distribution centers know your time is valuable, but do they care?

OOIDA member Mark Mounsey’s family has owned and operated trucks since before he was born. MSM Transport, out of Huntington, Ind., has 16 company trucks, 38 trailers and 14 leased owner-operators. They haul everything from eggs to building supplies and have done so for more than three decades. In late August, Mark posted an interesting […]