Mitch Broderson is one of the chosen few who owns and pilots a Western Star 4964EX 100,000-plus miles a year as he moves liquid fabric softener between Illinois and Ohio. He bought the rig brand new in 2007. Powered by a 515 HP Detroit Diesel Series 60 engine, with a 13-speed transmission and 3:42 rear axles. The rig has more than 1.5 million miles on it and has had very few issues with no major rebuilds. 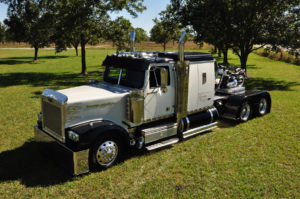 And, as if one owner-operator in the household isn’t enough, Mitch’s sweet wife, Lori, also drives a 2003 Western Star LowMax. Now, that’s a truckin’ family! Married for more than 25 years, they have two grown children. Their son is a successful business owner, and their daughter is a registered nurse.

Broderson has made many upgrades to the truck, but it was factory equipped very nicely with a 62-inch sleeper, refrigerator, white birch dash panels, dual stacks, dual air cleaners and a simple but attractive two-tone black-and-white paint scheme. He has added many tasteful and cool upgrades, such as a performance tune on the engine, a Valley Chrome American Eagle bumper, drop visor, door chop panels, a custom punched grille screen, 7-inch stacks, WTI rear fenders, full-frame covers, and Trux LED lighting. Two of his personal favorite additions are the authentic Train Horn and a genuine Train Crossing Bell.

Mitch is an avid motorcyclist and has carried the color scheme and many details from his Western Star to his Harley Davidson. For now, he plans to run this truck a few more years, and then his dream is to retire it, begin a restoration on it, and show it off at quite a few truck shows.

The Chrome Shop Mafia has known Mitch and Lori for a long time and have spent many a weekend with him either at MATS or at the Top Gun Show in Rantoul, Ill. We sure do appreciate all his calls and visits over these past 10-plus years and his commitment to beautify America by driving a true working show truck on a daily basis. He also wants to thank Lincoln Chrome, WTI fenders, RoadWorks, Trux and many others that helped him out in his quest to show folks a Western Star can look as sharp as any rig on the road. LL 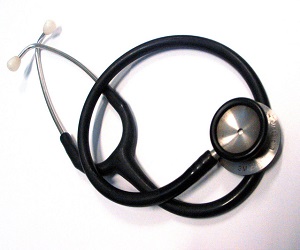 Your Health – Holidays are here and you are ‘out there’

Every year truckers are unable to get home time during the holidays and become disappointed because they end up missing the holiday. 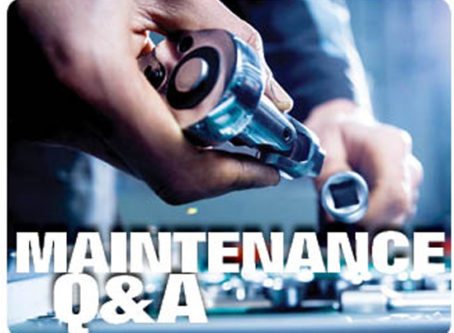 To correct uneven wear, find the cause and correct it, rotate your tires, and let normal driving remove the uneven wear.

Yes. Virginia, like many states, has a statute that addresses speeding that amounts to what the state considers to be reckless driving by speed.