Are toll roads coming to Michigan?

The possibility of tolls being collected on certain Michigan roadways has taken a step closer to becoming reality.

Michigan currently collects tolls on bridges that include the Mackinac Bridge, the Blue Water Bridge, and the International Bridge.

State senators voted to 31-7 this week to advance a bill to create a panel to investigate the feasibility of charging tolls for roads and bridges. It now heads to the House.

A written report on the firm’s findings would be provided to state officials within 18 months of the bill’s effective date. At that time, the governor would be permitted to move forward with a “strategic plan” to implement tolls.

The plan would include applying to the Federal Highway Administration for a waiver to add tolls on federal interstates.

Todd Spencer, OOIDA president and CEO, says the Association “fundamentally opposes toll roads.” He adds that “toll roads are more egregious when they are proposed for existing highway capacity.”

Additionally, Spencer has said if any state approves adding tolls to federally funded roadways his group and other entities would oppose the effort in Washington, D.C. 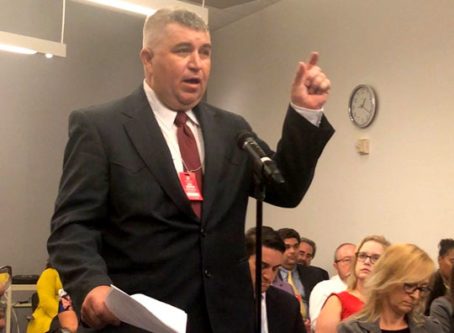