A  former California Department of Motor Vehicles  employee was recently sentenced for his role in a fraudulent CDL scheme, according to court documents.

On Aug. 23, federal judge in the Eastern District of California sentenced Aaron Gilliam to 22 months imprisonment and 36 months of supervised release, according to court documents. In November 2017, Gilliam pleaded guilty on one count for his role in fraudulently issuing CDLs.

According to the indictment, from April 2016 to July 2017 Gilliam worked at the California DMV office in Hollywood. Part of his duties included processing CDLs and identification card applications.

The probable cause affidavit stated Gilliam was offered cash by at least two trucking firms that sent CDL applicants his way. Gilliam would access the DMV database and indicate that certain applicants had successfully completed their written tests. However, the applicants never took the written test. The indictment names five instances where Gilliam fraudulently entered passing scores for written exams.

Court documents do not reveal exactly how much Gilliam was paid.

However, the court docket does reference a similar California DMV case that Land Line has reported on.

On Aug. 1, three defendants in a separate case in Eastern District of California were also sentenced for their role in a CDL fraud case involving the DMV.

In that case, owners of truck driving schools in Southern California paid DMV employees Kari Scattaglia and Lisa Terraciano to pass their CDL applicants without having to take the written and behind-the-wheel exams in much the same way as Gilliam.

The owners of the truck driving schools received at least $18,600 to have DMV records altered. In multiple undercover operations, agents posing as truckers were told by the owners they could pay from $1,500 to $9,000 to obtain a Class A CDL permit or license. Scattaglia told FBI agents that she received $200 for each passed written exam and $500 for each behind-the-wheel exam. Terraciano told agents she received $100 for each written exam.

At least 16 people were involved in that particular CDL scheme. At least half have pleaded guilty and have been sentenced.

According to court documents, Gilliam conspired with this same broker to access the DMV’s database, suggesting Gilliam was at least associated with the larger CDL fraud scheme.

Gilliam eventually pleaded guilty to the single count of conspiracy to commit bribery in November 2017. 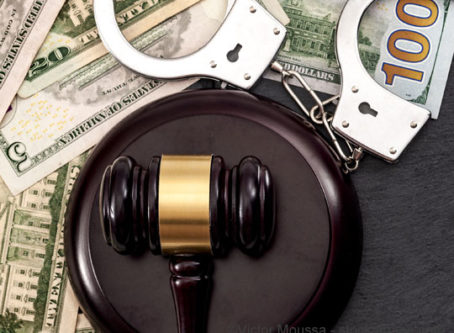