On Wednesday, May 26, Alabama Trucking Association President Mark Colson criticized the state’s plan to create the I-10 Mobile River Truck Bridge as a way to solve congestion issues in the area. The plan requires all trucks more than 46 feet to use the bridge and pay a $15 toll. A bridge dedicated to large trucks will force them off the Wallace Tunnel, which is experiencing severe congestion.

Before explaining issues with the Mobile River Truck Bridge, Colson made it clear that the Alabama Trucking Association supports addressing congestion and building a bridge over the Mobile River.

“First and foremost, Alabama’s trucking industry strongly supports relieving congestion in the I-10 Wallace Tunnel in Mobile and supports the construction of a bridge across the Mobile River to do so,” Colson said in comments. “We are equally as passionate that any solution to pay for this project should be fair and equitable to all stakeholders.”

The proposed Mobile River Truck Bridge is the state’s latest attempt to keep $125 million in federal funding issued several years ago after a 2019 proposal for a $2 billion project that would toll all motorists was rejected. Estimated to cost $675 million, the truck-only bridge will be funded with that $125 million in addition to $250 million from the state. However, the remaining $300 million will be funded with borrowed money. In this case, that would be repaid by a truck-only toll.

Colson said the proposal essentially has the trucking industry paying as much money for the Mobile River Truck Bridge as the state and federal governments combined.

According to Colson, trucking pays 35% of all taxes owed by motorists. However, it makes up only 10% of vehicle miles traveled in Alabama.

In submitted comments, the Alabama Trucking Association questioned the efficiency of a toll-funded bond. After interest and administrative fees, the association estimates that the $15 toll net payment towards the bond could be reduced to $7 or less. Colson also asked at what point passenger vehicles would be allowed to use the Mobile River Truck Bridge and whether they would pay a toll as well.

Additionally, Colson raised some concerns about fairness and safety. Trucks account for less than 10% of traffic on the Wallace Tunnel. However, 100% of the burden of costs is placed on them.

He noted several toll lawsuits filed by the trucking industry over the years, including the one currently pending in Rhode Island.

“Singling out the trucking industry and micro-targeting a specific sector of commercial trucking raises serious constitutional questions,” Colson said. “The trucking industry has a long history of defending its rights under the Constitution’s Interstate Commerce Clause and has successfully challenged numerous attempts to create disparate funding schemes.”

Another concern is increased costs of goods due to higher shipping costs. One Alabama trucking company calculated that a $15 toll would increase its annual costs by $1.6 million. Colson is also worried that the limited scope of the Mobile River Truck Bridge may not relieve congestion at all.

Colson and the Alabama Trucking Association are requesting that transportation and state officials go back to the drawing board.

“We call upon the (metropolitan planning organizations) and ALDOT to take these concerns seriously and study all funding and design solutions to implement a plan that is fair and equitable to all stakeholders and solves the congestion problems facing the Wallace Tunnel long-term,” the association’s comments conclude.

For more information about the project, go to MobileRiverTruckBridge.com. LL 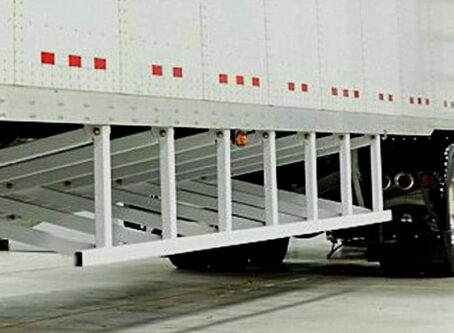