The Biden White House announced a tentative agreement between U.S. railroads and their unions early Thursday morning. The settlement reached after what were described as marathon talks in Washington, D.C., averts a strike that would have begun Friday.

The settlement remains tentative until it is approved by the unions’ rank and file. The unions have agreed not to strike while the vote goes forward. Trains will keep running in the meantime.

A settlement would be relief for many in the trucking industry which would be called on the haul critical freight that normally moves by rail. It was estimated more than 467,000 trucks would be needed to make a substantial impact during a rail strike that would sideline some 7,000 trains.

“It would make the last two years during the pandemic pale into insignificance. The volume of freight shippers would try to move would overwhelm all sectors of trucking,” Dean Croke told Land Line in July. Croke is principal industry analyst at Denver-based DAT Freight and Analytics.

The last railroad contracts ran out in 2019 and talks between the companies and the unions have gone on intermittently since then. While the official announcement came from the White House, the tentative agreement brokered by Labor Secretary Marty Walsh was reached at 9 p.m. Wednesday night after a 20-hour negotiating session according to The New York Times.

However, the threat of a rail strike remains unless the tentative contract is approved by union membership. That approval is by no means assured.

In July, members of the Brotherhood of Locomotive Engineers and Trainmen voted to approve a strike by an overwhelming margin of 99.5%. Union members are riled up, to say the least

Railroad workers complain that they are on call, forced to work overtime, and deprived of time off. They cannot take unscheduled time for funerals or doctors’ visits without the risk of being fired.

The situation has grown worse over the past few years as the railroads tightened operations, laid off workers, and increased profits. Now the railroads are having trouble hiring and retaining workers. If all the union demands were met, they would have to revamp operations and hire a lot more people. Besides lower profits, that would mean lower share prices – an existential challenge for railroad upper management.

The railroads were preparing for a Friday strike. Earlier in the week, some stopped accepting temperature-controlled shipments – most on reefer containers. They also embargoed hazardous materials, including potentially explosive fertilizers. They wanted to be certain no dangerous cargo was left unattended on the rails should a strike occur. Amtrak canceled many of its trains that run on tracks owned by the freight railroads.

Fertilizer is just one commodity that affects American farms. In the event of a strike, farm products that move almost exclusively by train would be stuck in place.

Given worldwide food shortages due to drought and the war in grain-producing Ukraine, a railroad strike could have a disastrous impact on the availability and price of some staple foods.

Shippers, trade associations, and the U.S. Chamber of Commerce have been warning about the effects of a, which according to many sources would cost the U.S. economy $2 billion a day.

It will be a tense time as union workers vote on the proposed settlement. LL

FedEx Ground faces off with its contractors

A showdown is looming, as a leader emerges among FedEx Ground contractors who are getting squeezed while the company bathes in profits. 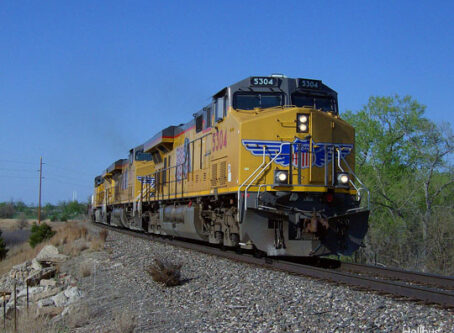