A trucker’s insurance company has been slammed with a $21 million verdict in a fatal crash case. Attorneys for the insurance company tried to claim that the trucker passing out behind the wheel was an Act of God, therefore, it was not liable for the crash.

On Feb. 6, a jury for a U.S. District Court in Georgia returned a verdict for more than $21 million to the estate of Kip Holland. Holland was killed in a crash involving a tractor-trailer in December 2016.

According to court documents, the verdict includes $13 million for wrongful death, $2 million for pain and suffering, $6 million for litigation expenses and nearly $30,000 for medical and funeral expenses.

Defense attorneys tried to get the case dismissed based on an act of God argument. Specifically, attorneys for California-based Cypress Insurance Co. claimed that the trucker, James Harper, “suffered a sudden and unforeseeable medical emergency, which caused this accident,” according to the motion for summary judgment.

The lawsuit stems from a crash that occurred on Dec. 8, 2016, on Georgia Highway 369 in Gainesville, Ga. Harper was driving his truck for the company he owned, Alabama-based JW Harper Farms. At the same time, Kip Holland was walking along the shoulder of Georgia Highway 369.

The lawsuit states that Harper began swerving and driving erratically for about 2 miles on the highway. Eventually, he lost control of the tractor-trailer, forcing the trailer to disconnect from the tractor. The trailer rolled over Holland, who initially survived the impact. However, he was pronounced dead later that day.

Harper and Cypress Insurance were sued for negligence. Attorneys for Holland claim “he suffered injuries to his mind and body, including pre-impact shock, fright, terror, and mental pain and suffering from the time he saw the tractor trailer approaching until he died.”

In their motion for summary judgment, defense attorneys claim that Harper had passed out moments before he fatally struck Holland, invoking the act of God defense. Attorneys point out that the Georgia State Patrol’s investigation found no evidence that Harper did not pass out or lose consciousness. One witness climbed into the cab after it was stopped to find Harper “slumped over,” according to court documents.

Several family members stated in a deposition that they were unaware of Harper ever suddenly passing out or blacking out before the incident. His sister-in-law added that since he overcame cancer in 2012, he appeared to be in great health. Harper had a tracheostomy at the time of the incident. Harper was also diagnosed with chronic obstructive pulmonary disease. His doctor never told him he was unfit to drive his truck.

Defense attorneys point out that a federal court in Georgia has ruled in favor of the driver in similar cases. The court has found the following as a basis for the Act of God defense:

Despite Harper’s previous medical issues, attorneys argue, none of those conditions made it “foreseeable” Harper could suddenly lose consciousness. Therefore, based on precedent, neither Harper nor Cypress Insurance are liable for damages under the act of God defense.

However, attorneys for Holland claimed that a Federal Motor Carrier Safety Administration medical exam was fraudulently obtained. Specifically, Harper failed to include pertinent medical history information for at least 12 questions of the self-reporting questionnaire. Attorneys also disputed claims that Harper was not at any increased risk of losing consciousness while driving.

“Dr. Milligan’s records include diagnoses that could place him at increased risk of passing out or losing consciousness from uncontrolled coughing,” plaintiff’s attorneys stated. “Such conditions include: COPD, a recognition of hydrocodone usage inaccurately characterized as ‘sparingly,’ swallowing problems, worsening of shortness of breath, productive cough, an inaccurate description of Harper’s status as a ‘former’ smoker, issues with his tracheostomy, and hospitalizations for pneumonia.”

Harper was hospitalized just one month before the incident for waking up “all choked up,” according to court documents. That is when he was diagnosed with acute exacerbation of COPD. Harper was on breathing treatments and medications, including Hydrocodone (four times a day), Symbicort for COPD (two times a day), Albuterol inhaler (three times a day), smoking cessation aid/antidepressant (Chantix), a beta blocker and an antibiotic. Many of these were not reported on his medical exam.

Attorneys for the plaintiff also pointed out that Harper was driving erratically for at least 2 miles. Within those 2 miles, Harper missed at least six exits to turn on safely. They argued that if he truly lost consciousness, the truck would not have remained on the highway for that long. Therefore, he should have been aware enough to exit the highway safely, the attorneys said.

The jury was unconvinced of the act of God defense. After a four-day trial, the jury returned with the $21 million verdict against Cypress Insurance. Defendant’s motion for a mistrial was denied. 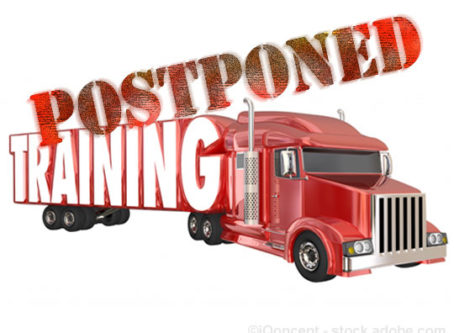 A truck driver training rule has been moved back two years by FMCSA, while U.S. DOT pushes to fight human trafficking. Also, the next steps for USMCA.