The daily and weekly travels of professional drivers are not a reason to skip Election Day and sacrifice your right to vote. You can still make your voice heard at home via absentee voting and help set the course on issues at the national, state and local levels of government.

All states allow advance voting. The option is perfect for professional drivers. Some states allow mail-in ballots. This is commonly referred to as absentee ballots. Other states allow voting in person at locations leading up to Election Day. This is known as early voting. A growing number of states even conduct certain, if not all, elections by mail. Your local elections office or secretary of state’s office should have details.

Absentee ballots – or even permanent absentee ballots – can be requested by contacting a county clerk, county auditor, county registrar or supervisor of elections, or the board of elections – depending on the state. Phone numbers for those offices should be in the government pages of your local phone book, or you can do a search online.

Some type of early voting is offered in all but the states of Connecticut, Delaware, Mississippi, Missouri, New Hampshire, and South Carolina. The option allows voters to simply decide to vote early.

Colorado, Hawaii, Nevada, Oregon, Utah, Vermont, and Washington run their elections entirely by mail. The process is used to send a ballot to every registered voter prior to Election Day. In addition, 19 states allow certain elections to be held by mail. LL 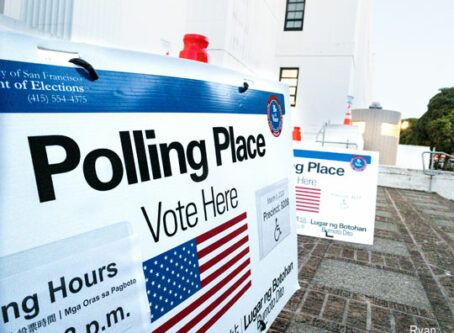