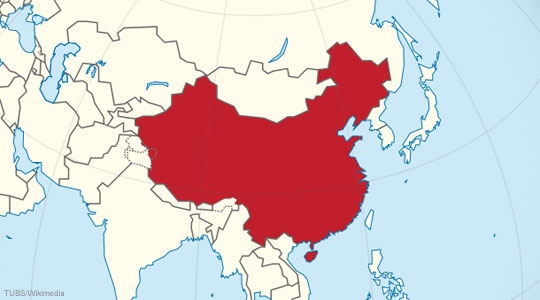 Jan. 20 – The CDC confirms its first case of the coronavirus in the United States. The patient, a 35-year-old man from Snohomish County, Washington, recently returned from a trip to Wuhan, China.

Jan. 31 – President Donald Trump suspends entry into the United States by any foreign nationals who has traveled to China in the past 14 days, excluding the immediate family members of American citizens or permanent residents.

Feb. 2 – A 44-year-old man from the Philippines reportedly dies from the coronavirus. It is the first reported death from the virus outside of China.

Feb. 5 – The coronavirus continues to be blamed for dropping oil prices.

Feb. 8 – A U.S. citizen dies in China to become the first American casualty to the virus.

Feb. 11 – The World Health Organization announces the disease would be called COVID-19.

Feb. 14 – The first death from the coronavirus is reported in Europe after an 80-year-old Chinese tourist died at a hospital in Paris.

Feb. 24 – The Trump administration asks Congress for $1.25 billion to prepare for a potential coronavirus outbreak.

Feb. 26 – Diesel prices drop for a seventh consecutive week. Oil prices are selling for about $50 a barrel.

Feb. 28 – A patient in Seattle becomes the first person to die from the coronavirus in the United States.

March 2 – Organizers of the Mid-America Trucking Show in Louisville, Ky., say they are taking steps to protect the health of its attendees by implementing additional cleaning protocols for the event scheduled for March 26-28.

March 3 – The CDC lifts federal restrictions on testing for the coronavirus, U.S. Vice President Mike Pence announced. The United States reports about 100 cases of the coronavirus and nine deaths.

March 11 – The World Health Order declares the coronavirus a pandemic. President Trump bans all travel from Europe. The NCAA announces that its men’s and women’s basketball tournaments would be played with no fans. Organizers of the Truck World exposition in Canada announce that its show slated for April will be postponed until June. MATS organizers send a newsletter to exhibitors saying that the show would go on. The NBA announces it was suspending its season indefinitely after a player is confirmed to have the virus. 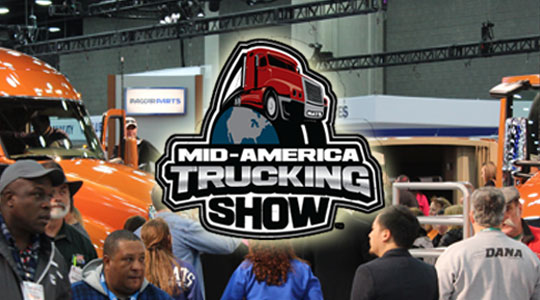 March 12 – Less than 24 hours after saying MATS would still go on as scheduled, the show’s organizers announce that the 2020 event was canceled amid health concerns. The number of coronavirus cases in the United States reaches 1,300, resulting in 39 deaths. The NCAA announces it is canceling its basketball tournaments. Major League Baseball announces it is delaying the start of its 2020 season. Land Line reports that some shippers and receivers were changing its check-in procedures because of the coronavirus.

March 15 – CDC recommends no gatherings of 50 or more people in the U.S.

March 16 – Land Line publishes a page on its website for truck drivers to learn about all of the federal and state declarations that would affect their trucking business. The Pennsylvania Department of Transportation announces that as of March 17 it would be closing its 30 rest areas and welcome centers to the public. The three major truck stop chains issue statements saying they were remaining open while taking steps toward preventing the spread of the virus.

March 17 – France imposes a nationwide lockdown. OOIDA sends a letter to DOT Secretary Elaine Chao and other transportation leaders in an attempt to get Pennsylvania to reopen its rest areas for truck drivers. The American Logistics Aid Network sends a request to thousands of U.S. businesses in response to reports that shippers and receivers are refusing to let truck drivers use their restrooms.

March 18 – FMCSA expands its national emergency declaration for hours-of-service relief. President Trump and Canadian Prime Minister Justin Trudeau announce a temporary border closure, but both leaders say it will not affect trade between the two countries. In response to criticism from OOIDA, Pennsylvania announces it would reopen 13 of its 30 rest areas. 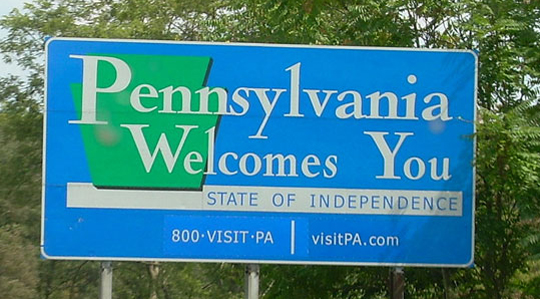 March 19 – OOIDA tells the Pennsylvania DOT that reopening 13 of the 30 rest areas wasn’t good enough and says the Association will continue to push until all of the rest areas were open for truck drivers.

March 20 – OOIDA writes a letter to President Trump asking for action to be taken to help the nation’s truck drivers. The actions involve addressing issues related to parking, hours of service, enforcement, compliance and the “basic decency” of providing truckers a place to use the restroom. In another letter, OOIDA tells the National Restaurant Association and the International Franchise Association that truck drivers need places to eat. UrgentCareTravel, a medical clinic network located at Pilot Flying J Travel Centers, announces it is launching a telemedicine-based coronavirus evaluation service for truck drivers.

March 21 – The White House announces that American companies, including General Motors, were working to make such necessary supplies as surgical masks and ventilators. FMCSA releases a notice of enforcement discretion determination, which says the agency would not enforce Temporary Operating Authority Registration fees for motor carriers. Illinois and New Jersey join California and New York as the first four states with stay-at-home executive orders.

March 22 – According to a DAT report, truckload rates surge as supply chains are affected by the pandemic.

March 24 – The 2020 Olympics in Tokyo are postponed until 2021. FMCSA announces it granted a waiver for expiring CDLs and medical cards. ATRI releases data indicating that truck drivers were witnessing a significant drop in traffic congestion due to a decrease of vehicles on the highways. PennDOT announces it is opening 10 more rest areas to bring the total to 23. 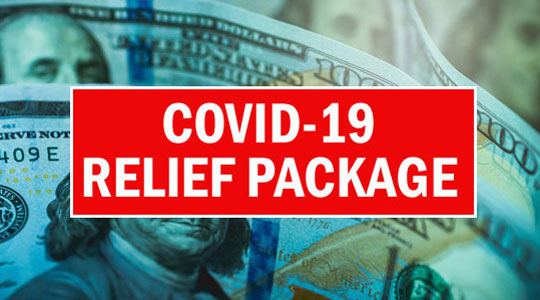 March 27 – The U.S. House of Representatives passes a $2 trillion emergency relief package. The deadline for Real ID is pushed back a year until Oct. 1, 2021, the Department of Homeland Security announces. Pennsylvania announces it will reopen five more of its rest areas, bringing the total to 28 of 30. Worldwide, the number of deaths related to COVID-19 reaches 25,251.

March 31 – OOIDA provides its members information on how to apply for the U.S. Small Business Administration’s Economic Disaster Loan program, as well as other assistance programs. The mayor of Laredo, Texas, signs an emergency order mandating that all individuals over the age of 5, including truck drivers, cover their nose and mouth when in public.

April 1 ­– Rep. Peter DeFazio, D-Ore., pushes for investment in infrastructure as the next phase in coronavirus relief for the United States. A group of U.S. Senators request for USMCA to be delayed because of COVID-19.

April 3 – The Transportation Security Administration announces a temporary exemption from the renewal of hazmat endorsements for commercial drivers. OOIDA sends a letter to President Trump, asking for the nation to create a plan to keep truck drivers safe through the crisis. The Federal Highway Administration gives states permission to allow food trucks in rest areas to serve truck drivers.

April 4 – President Trump says his administration will use every possible resource to end the war on COVID-19 and open the country again.

April 5 – President Trump announces that FEMA has delivered 300 million gloves, 8 million masks and 3 million gowns to hospitals across the nation.

April 6 – OOIDA sends a letter to Congressional leaders, asking them to address issues that will affect truck drivers long after the COVID-19 national emergency is over. The Washington Post reports that the number of deaths in the United States related to COVID-19 surpasses 10,000, while the number of confirmed cases reaches about 340,000.

April 8 ­– FMCSA extends its emergency declaration that provides relief from hours-of-service regulations until May 15. Utah Gov. Gary Herbert signed an executive order requiring adults entering the state to complete a travel declaration form. OOIDA gives a thumbs up to the FHWA for allowing the use of food trucks at rest areas and criticizes Natso for attempting to stop states from doing so.

April 10 ­– The Utah governor signs an amendment to his executive order that exempts several types of workers, including truck drivers.

April 11 – Saturday Night Live returns to television with the cast submitting clips from their homes. Tom Hanks, who previously recovered from the coronavirus, hosts.

April 12 – As millions of Americans had to watch Easter church services from their homes, President Trump in a recorded video says the United States is winning the battle against the “plague” of the coronavirus and that Americans will soon be able to return to their churches.

April 14 – OOIDA sends a letter to members of the grocery industry asking for assistance to help keep truck drivers safe during the COVID-19 pandemic. In the letter, OOIDA said that truck drivers have been unable to access essential goods to help keep them safe even though they’re hauling those goods. Utah abandons text message alerts for travel declarations. TSA grants a temporary exemption for expiring TWIC cards.

April 15 – In an update to its members, OOIDA was critical of the White House’s omission of small-business truckers from President Trump’s Great American Economic Revival Industry groups, which is a collection of businesses and industry associations who will work with the White House to help the nation emerge from the COVID-19 crisis.

April 16 – President Trump recognized four truck drivers, including an OOIDA senior member, during a celebration of America’s truckers on the White House lawn. 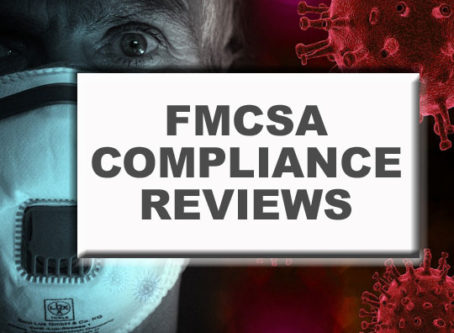 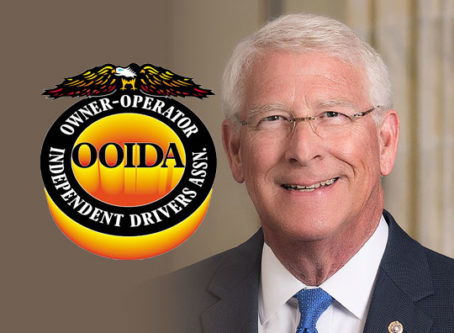 OOIDA to Sen. Wicker: ‘no place’ for drivers to fight COVID-19 on the road